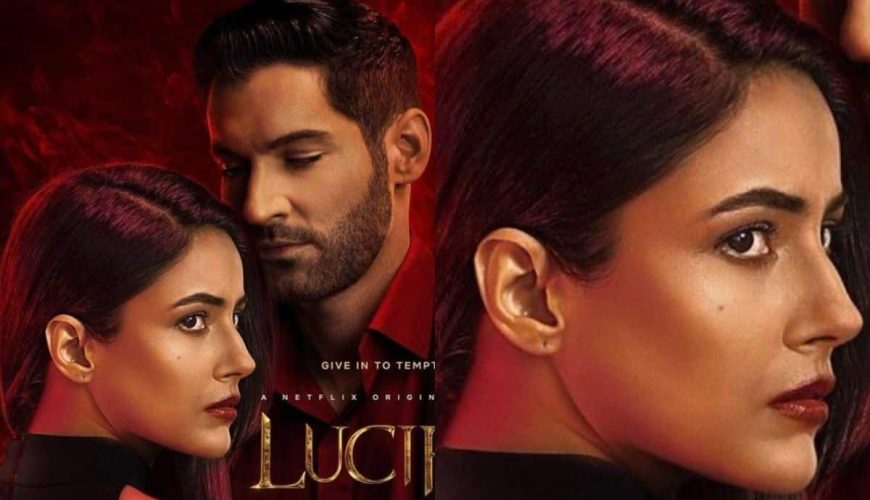 Bigg Boss 13 contestant and everyone’s favorite Shehnaaz Gill has shared something on Instagram that has created waves on social media. Netizens and Shehnaaz’s fans (Shehnaazians) are confused to see the actor’s post.

The internet sensation has took to her Instagram to share an edited version of Lucifer’s photo featuring her instead of Lauren German. Shehnaaz in the poster is seen with Tom Ellis and she captioned the post as, “Asli Big Boss toh yahaan hai. #NetflixIndiaPlayback2021 #Playback2021”.

Shehnaazians are congratulating the actor for her role in Hollywood. One of the fans wrote, “Excitement mein confusion horahi hai… looking forward to whatever this is because I’m sure it will be fab.” Shehnaaz Gill’s new social media post has raised some eyebrows, as her fans asked whether she is gonna debut on Netflix.

Well, the story behind this post is something else. Shehnaaz Gill is not going to be part of any show. Netflix India shared on their social media handles ‘We’re bidding goodbye to 2021 with the best of the year. Stay tuned for the biggest crossover episode!’

Another poster was shared by the streaming giant that featured Nawazuddin Siddiqui in a Squid Game setting. Sonu Sood was positioned alongside Winona Ryder in a poster of Stranger Things. Sima Taparia was on a poster of Sex Education. Tanmay Bhatt posed on a poster of Jagame Thandiram and Biswapati Sarkar was seen on a poster of Kartik Aaryan’s Dhamaka. Also Read – Bigg Boss 15: Not Salman Khan But Shehnaaz Gill To Host Weekend Ka Vaar? Here’s What We Know

We’re bidding goodbye to 2021 with the best of the year 🥳
Stay tuned for the biggest crossover episode!#NetflixIndiaPlayback2021 #Playback2021 pic.twitter.com/K5RXspfsqk

My name is Damyan Ivanov and i was born in 1998 in Varna, Bulgaria. Graduated high school in 2016 and since then i'm working on wordpress news websites.
Lucifer, News, TV Series