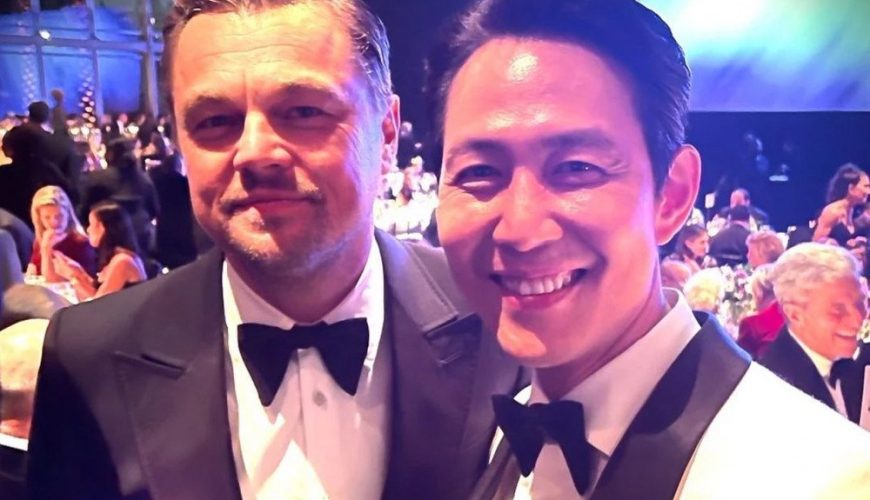 On November 9, Lee Jung Jae posted a photo on his Instagram without any caption. In the photo, Lee Jung Jae was seen posing for the camera with renowned actor Leonardo DiCaprio.

The photo that was posted was from the ‘LACMA Art and Film Gala’ that took place on November 6 in Los Angeles. Actors Lee Byun Hun, Park Hae Soo, and director Hwang Dong Hyuk from ‘Squid Game’ also participated in the event that evening.

Meanwhile. Lee Jung Jae received global recognition for his role in the megahit series ‘Squid Game.’ He also garnered attention when he was seen with his girlfriend of seven years at the gala on that evening.

My name is Damyan Ivanov and i was born in 1998 in Varna, Bulgaria. Graduated high school in 2016 and since then i'm working on wordpress news websites.
Lee Jung Jae, Leonardo DiCaprio, News, Squid Game, TV Series