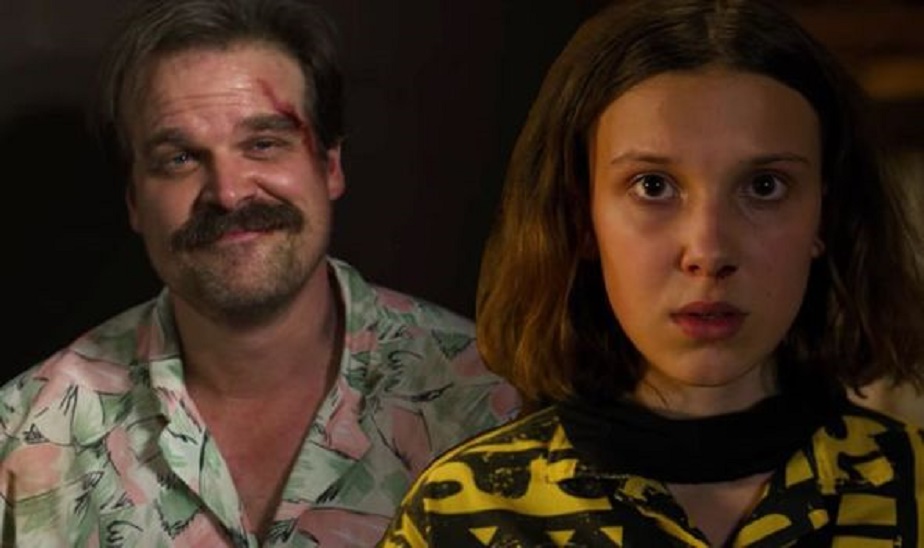 It seems like sometimes directors and star casts can also mess around with fans! Something similar happened with the popular show The Stranger Things! Fans are still not over a major revelation that is done recently!

The Stranger Things Director and Creative Team Mess Around With Fans!

Apparently, it seems like Hopper is not like after all! After much speculation revolving around Hopper being alive and will return for the coming season, it seems like we have some bad news. Is he coming back or not? The creative team also seems to be messing around with the character’s existence.

Well, the bad news is that Hopper is not alive! The whole debate that took the internet by a storm of whether Jim Hopper is dead or alive kicked off when Season 3 Chapter 8 abruptly ended with his ‘apparent’ death. The witness to Hooper’s apparent death, Joyce Byres (played by Winona Ryder), never found the dead body. So it was assumed that it is just another way to inject more curiosity among fans.

David Harbour Has Made Some Major Revelation Regarding His Character!

Moreover, when Hopper’s body was not discovered, it fuelled fans’ expectations about their favorite character making a comeback. In a recent interview with Late Night with Seth Meyers. David Harbour (Jim Hopper) talked about how his character had to make a sacrifice because he is a jerk after all! David himself is hinting towards the fact that his character is dead. We need another clue it seems!

All things said and done, it is quite clear that our very own Hopper is dead. He has finally said his goodbyes. His eyes were subjective enough when Joyce Byers blew up the machines. He is not mentioned American! Fans need to wrap their heads around the news. This is indeed heartbreaking.