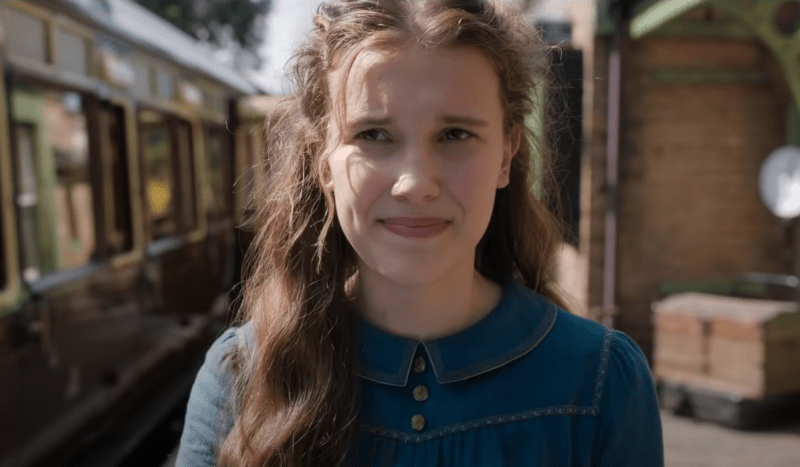 Watch the trailer below:

a little preview into the world of #EnolaHolmes. you all know what you’re doing September 23rd. grab your loved ones and be prepared to laugh, cry, try some martial arts, and fall in love with a story about a real girl. in a real world. love u <3 @netflixfilm

Set in 1884, Enola wakes up on her 16th birthday to discover that her mother—played by Helena Bonham Carter—has disappeared. Like her older brothers, Sherlock and Mycroft, Enola has a taste for trouble and decides to seek out her mother but ends up in the midst of a mystery all her own. Enola puts her own detective skills to the test to uncover a “conspiracy that threatens to set back the course of history.”

Enola Holmes is based on author Nancy Springer’s series of young adult novels, the Enola Holmes Mysteries. The film is directed by Harry Bradbeer and written by Jack Thorne, who wrote the recent HBO and BBC adaptation of Philip Pullman’s His Dark Materials and the play Harry Potter and the Cursed Child.

In June, author Springer, Netflix and producers Legendary Pictures were sued by the Conan Doyle Estate over claims that the movie infringes its copyright on 10 original stories written by Conan Doyle between 1923 and 1927 that are not yet in the public domain.

While most of Conan Doyle’s Sherlock Holmes stories are now in the public domain, the copyright on the last of the 10 stories owned by the estate does not expire until December 31, 2022, according to the lawsuit.

In the suit, reported on in June by the Hollywood Reporter, the Conan Doyle Estate alleges that the infringement pertains to the more human elements of the Sherlock character in Conan Doyle’s later works.

“After the stories that are now in the public domain, and before the Copyrighted Stories, the Great War happened. In World War I Conan Doyle lost his eldest son, Arthur Alleyne Kingsley. Four months later he lost his brother, Brigadier-general Innes Doyle,” says the lawsuit. “When Conan Doyle came back to Holmes in the Copyrighted Stories between 1923 and 1927, it was no longer enough that the Holmes character was the most brilliant rational and analytical mind. Holmes needed to be human. The character needed to develop human connection and empathy.”

The Doyle Estate claims that Springer’s books depict a “warm, respectful” and “kind” Sherlock Holmes, which they say is derived from the still-copyrighted works, and thus the film “copies the same elements.”