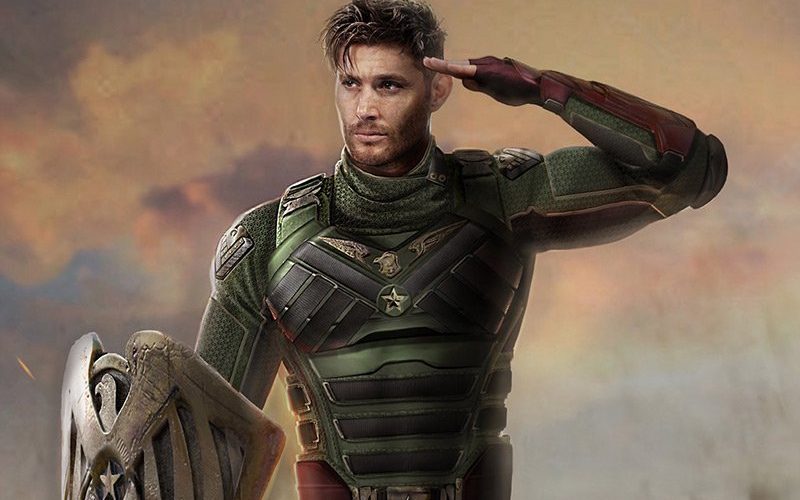 People always say that it’s not about what you know, but who you know to land a new job, and this holds true for Jensen Ackles joining the cast of The Boys for Season 3.

In a recent interview with Vanity Fair, showrunner Eric Kripke revealed that Ackles was not his first pick for the new supe Soldier Boy in the series’ third season, nor had the part been written for him. Kripke and Ackles’ relationship goes back over 15 years, as Kripke was responsible for the creation of Supernatural, the series Ackles starred in until it ended last year. Kripke said that the two “keep in touch” and a chance phone call with Ackles helped the showrunner find the right actor for a part he was having trouble casting.

“We had written Soldier Boy long before I cast Jensen,” Kripke said. The showrunner said that he had not considered Ackles or had been thinking about how the actor would be free after Supernatural ended, claiming he was looking to cast someone unlike the CW star. “The majority of the guys we were looking at for that part were actually quite older than Jensen. Because it’s a World War II hero.”

However, the universe would set the two to cross each other’s working paths again. “It’s so funny how these things sometimes happen,” Kripke said. “He happened to call me and we were just chatting and I’m like well I’m prepping Season 3 of the show, and I have this character Soldier Boy, and it was a real pain in the to cast, and I haven’t really found anyone.” In that moment speaking to Ackles, the lightbulb went off for Kripke.

“Hey, wait a minute, do you want to do it?” the showrunner asked the actor. “I sent him the script, and he’s like, oh my God, I totally want to do this. Less than a week later, he was cast. He just happened to call that day – one of the big reasons he got that part.”

Ackles announced the new role last August with a video of himself being thrown a trade paperback from The Boys comic series, smiling and nodding as Elvis’ “Soldier Boy” begins to play over the video. His character, Soldier Boy, is a twist on Marvel’s Captain America, being more of a righteous parody of the character in the comics. So far, all that has been revealed of Ackles’ adaptation of the character is his super suit and that he will have the same ego and motivations as Homelander in the series, but from an older era.

Ackles will not be the only new kid on the block in the series, being joined by Laurie Holden as the Crimson Countess and Miles Gaston Villanueva as Supersonic, among others. The Boys has yet to receive an official release date for Season 3, and the series has reportedly been renewed for a fourth season already. Fans will have to wait and see if Ackles character will continue on past the series’ third season.

My name is Damyan Ivanov and i was born in 1998 in Varna, Bulgaria. Graduated high school in 2016 and since then i'm working on wordpress news websites.
Eric Kripke, Jensen Ackles, News, Supernatural, The Boys, TV Series