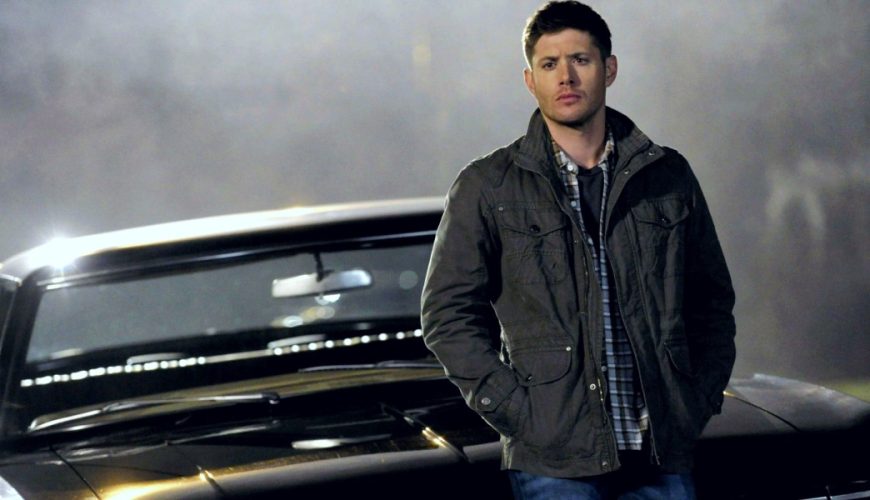 In a photo shared by Kripke, The Boys showrunner and Ackles pose with Baby, the 1967 Chevy Impala driven by Dean and Sam Winchester, played by Ackles and Jared Padalecki, respectively, for 15 seasons of Supernatural. “Reunited and it feels so good,” Kripke said in the caption.

Behind them is a van labeled “Family Business Beer Co.,” a brewery owned by Jensen and Daneel Ackles.

The Boys recently debuted the first official teaser trailer for its long-awaited Season 3. The teaser not only included the first look at Ackles as Soldier Boy, but also included a Supernatural Easter egg as well, with a shot of Billy Butcher, Mother’s Milk and Hughie looking into the trunk of a car similar to Supernatural’s Baby.

The Boy’s social media even acknowledged the reference, sharing a still of the moment with the caption, “We got work to do,” a line often used by the Winchesters before the start of a new monster hunt.

Created by Kripke, Supernatural came to a close in November 2020 after 15 seasons, making it The CW’s longest-running series, airing on the network from 2005 to 2020. Kripke served as showrunner for the first five seasons. Prior to Supernatural’s series finale, it was announced in August 2020 that Ackles would be joining the cast of Prime Video’s The Boys as Soldier Boy, the first superhero manufactured by Vaught Industries in World War II, described by Kripke as “Homelander before Homelander.”

“When I was a child, I had a crazy, impossible dream — to provide Jensen Ackles with gainful employment,” said The Boys creator when Ackles was cast.

“I’m happy to say that dream has come true. Jensen is an amazing actor, an even better person, smells like warm chocolate chip cookies, and I consider him a brother. As Soldier Boy, the very first Superhero, he’ll bring so much humor, pathos, and danger to the role. I can’t wait to be on set with him again, and bring a bit of Supernatural to The Boys.”

Season 3 of The Boys wrapped filming in September of last year and has already reportedly been picked up for Season 4. The long-awaited third season began filming late Jan. 2021 in Toronto following production delays due to the coronavirus (COVID-19) pandemic.

The release date for the third season was officially announced after a lengthy wait, with both Kripke and The Boys’ social media periodically teasing Season 3 and poking fun at anxious fans who repeatedly asked for updates.

My name is Damyan Ivanov and i was born in 1998 in Varna, Bulgaria. Graduated high school in 2016 and since then i'm working on wordpress news websites.
Dean Winchester, Impala, Jensen Ackles, News, SPN, Supernatural, Supernatural Impala, The Boys, TV Series