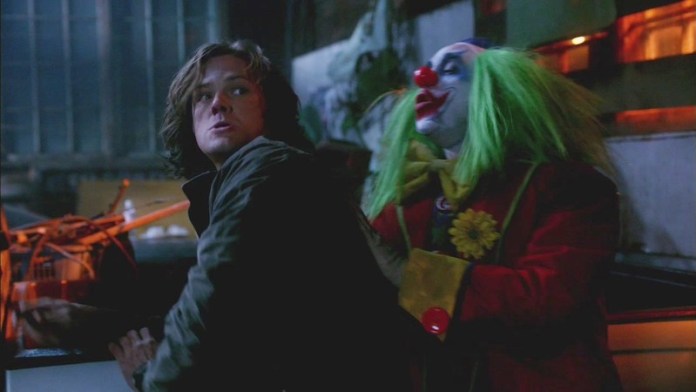 Supernatural was such an intriguing show, both because of the endless and ever-building plot points and the complex and dynamic characters that viewers got to see fleshed out for 15 years.

One of the best things about watching a show is getting to know a character and seeing them grow as more and more information about them is revealed — both directly and indirectly. Learning their idiosyncrasies, all of the little things that make them tick, helps paint a broader picture than the ones fleshed out in the story’s main narrative and those built to comprise the personalities you come to love so much. Today, we’re taking a look at some of our favorite quirks that helped us see a more complete picture in the characters of Supernatural.

Dean’s seemingly unending appetite and notoriously unhealthy diet (greasy spoons were his trademark) is a trait that manifested itself on-screen many a time. From The Elvis to a nice burger (or two if he was stealing Cas’) to the ever-sacred pie, you could always count on finding some food if Dean was nearby. How that man maintained his health was one of those cosmic mysteries that will never be solved.

Sam’s Serial Killer Obsession
You’d think after being around death his whole life; Sam Winchester would’ve steered clear of it in what little personal time he had to explore his interests. However, somewhere along the way in life, Samuel developed a wee obsession with serial killers (much to Dean’s bemusement). But, hey, who are we to judge? We all have that one friend who’s super into true crime.

Dean’s Cowboy Obsession
Sam calls it a fetish, and we’re not exactly sure that he was wrong. Whatever you want to call it, it was rare to see the older Winchester openly geek out about things, but cowboys was definitely one of them. Demonstrated in episodes like “Frontierland” and “Tombstone,” Dean lights up with a child-like glee anytime he gets to do or see anything related to the Old West. Heck, he even managed to drag Cas into a little getup. Dorky? Maybe. Adorable? Definitely. It’s a shame that we never got to see him wear those “Posse magnet” shirts he talked about.

Cas’ Music Taste
Cas — sweet, sweet Cas — took a page out of Sam and Dean’s book in using famous musicians’ names as aliases when working a case. Only, instead of rock gods, the sassy angel of the Lord seemed to have a proclivity for pop icons. From Agent Beyoncé to Agent Solange to Agent Lizzo, Cas’ choices of iconic black female musicians showed that he liked a little R&B and soul along with his Zep — and we love him for it. His … unique name choices did garner him quite a few raised eyebrows, though, which leads us right into our next one.

Though Castiel was definitely one of the most humanized celestial beings out there by the time season 15 rolled around; he still didn’t always manage to grasp the variety of subtle nuances of human behavior 24/7. This often left him hopelessly confused at times — especially when it came to references and expressions (ironic that he ended up with Dean as his best friend, huh?). Cas’ cluelessness quickly came to be one of his most adored traits by fans. How could it not with lines like “I assume it’s because seven is a prime number, and prime numbers can be intimidating…” and “You have a guinea pig? Where?” among others. Oh, Cas. Never change.

Coulrophobia, the fear of clowns, is one that Sammy boy knew well. The normally mild-mannered Winchester would immediately go stiff with fear any time one of these bad boys came around, sporting an alarming look like the one you see above. While we never found out exactly why he developed this fear (though we did know it started at Plucky Pennywhistle’s Magical Menagerie), it was definitely interesting to see that this — of all things is what made that young man tick.

Dean Being a Germaphobe
This is another one that’s funny simply because it’s so contradictory to the boys’ lifestyle. You’d think that growing up around blood and gore and dingy hotel rooms would disavow Dean’s germaphobic tendencies, but nope. In the smallest moments, the elder Winchester could be seen with a pinched expression on his face, studiously avoiding anything he deemed gross.

Jack’s adorably awkward wave became his character’s thing over the course of the show. Dean had pie, Sam had his hair, and this adorable toddler in a millennial’s body had his little wave. And we love him for it.

Dean’s Devotion to Baby
To quote Swayze, “Nobody puts Baby in a corner,” and Dean lived by that. Truly.

Seeing these small quirks and traits unfold on screen was a delight, as it gave greater insight into the complex and normally closed-off characters of Supernatural. The small glimpses of personality ultimately gave audiences a chance to see beyond the surface level, helping them connect to some of the greatest characters that television has ever seen, bolstering fans’ love for the little show that could.

My name is Damyan Ivanov and i was born in 1998 in Varna, Bulgaria. Graduated high school in 2016 and since then i'm working on wordpress news websites.
Supernatural, Supernatural finale, TV Series