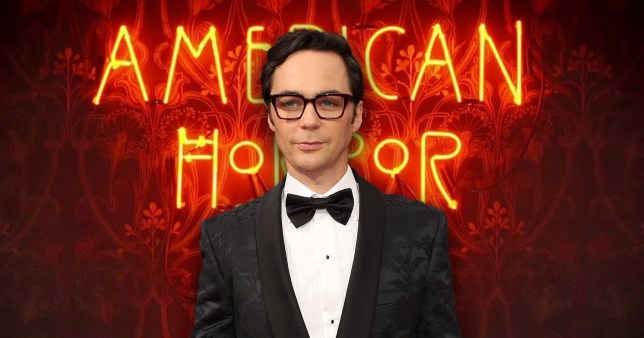 The Big Bang Theory star Jim Parsons has opened up on why he has never been cast for American Horror Story.

The actor, who played Sheldon Cooper on the hit sitcom, has starred in several productions by American Horror Story creator Ryan Murphy. The 47-year-old has featured in a movie called Normal Heart, as well as Netflix series Hollywood.

AHS creator Ryan has often cast some of Jim’s co-stars, but not Jim himself.

Speaking about the reason why, Jim said: ‘Whether it was because of Big Bang or not, and time schedules and stuff, it had never come up.

‘I had done the Normal Heart movie with [Ryan Murphy], and then he produced The Boys in the Band for Broadway. And so, those are my two major things with him.’

‘But no, another topic like that had never come up, which was part of the reason that I was so pleasantly surprised when he came to ask [about Hollywood], and why I felt myself jump at it,’ he added to Collider.

Jim starred in TBBT until its finale in 2019, and it turns out the series would have gone on for another two years if it wasn’t for Jim.

The show’s production designer John Shaffner revealed how Jim had always told producers he didn’t want to do any more.

‘What had occurred was Jim Parsons had been in touch with Chuck Lorre over the hiatus week and had said he couldn’t come back and do anymore. And Chuck had always said if one member of the cast left the show then the show would have to end,’ Shaffner explained.

‘Warner Brothers and CBS wanted to sign for about two more years.’