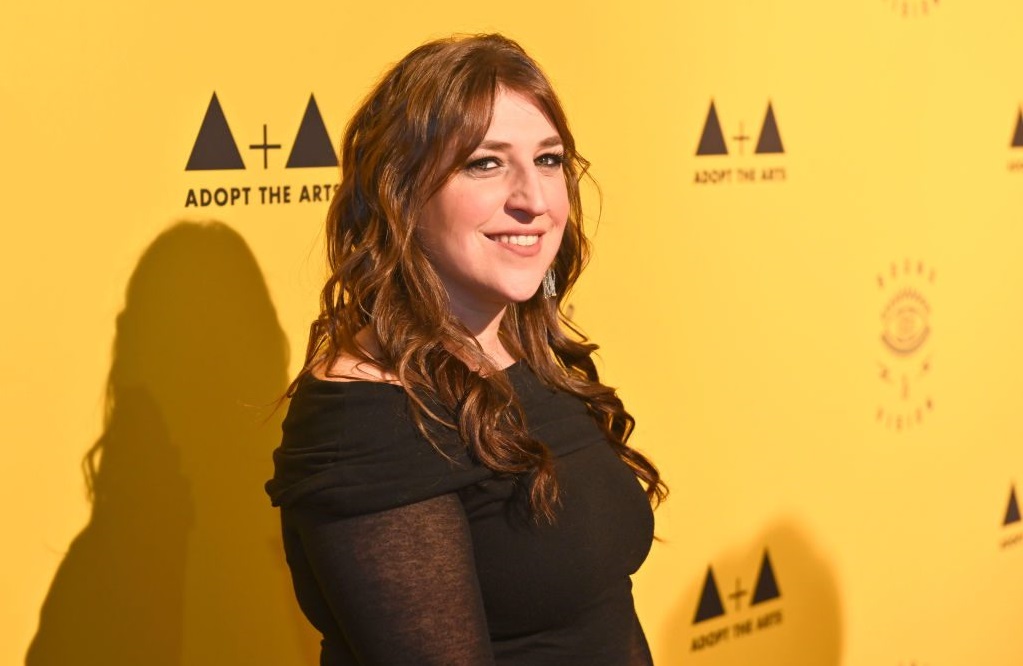 With 2 popular sitcoms , Mayim Bialik is moving forward with her post-Big Bang Theory career. Not only is she gearing up for audiences to watch her latest TV venture, the Fox sitcom Call Me Kat, but now she is also got a brand new television project in the works that will pair her up with The New Girl vet Damon Wayans Jr.

Interestingly enough, while Mayim Bialik’s upcoming Call Me Kat on Fox involves the lead character starting a café for cats, this new project is somewhat related in that it also features a cafê. In fact, it’s called Hope Café, and it sounds like it will be telling a really unique and potentially insightful storyline that is inspired by a real life business.

Hope Café will focus on both the workers and the customers invested in the titular coffee shop, and will delve into their lives, their friendships, their romances and more. According to Deadline, what makes Hope Café stand out is that its baristas are all trained as mental health counselors, which should make everyone’s conversations all the more enlightening. It sounds like the show will put a spin on the old stereotype of bartenders being the gratis psychologists of the social world, but with legitimate real-world inspirations. I can’t imagine what kind of analysis those baristas would give to Mayim Bialik’s Amy Farrah Fowler or Damon Wayans Jr.’s Coach.

Hope Café, which is being set up as a multicamera comedy, takes its cues from the Chicago coffee shop Sip of Hope, as founded by the nonprofit organization Hope for the Day, which focuses on suicide prevention and other forms of mental health education. One of the establishment’s claims to fame is that 100% of its profits are donated to mental health education services.

Mayim Bialik will be executive producing Hope Café through her company Sad Clown Productions, with parent company Warner Bros. Television also taking on a producing title. Damon Wayans Jr. will serve as an EP as well via his own company Two Shakes Entertainment. It doesn’t appear as if either of the TV comedy stars will be enjoying on-screen roles for Hope Café, but that could very well change as the details get worked out behind the scenes. Here’s the shared statement from Bialik’s and Wayans’ production outfits, which touches upon the awesome Sip of Hope motto.

“When we learned of Hope For the Day’s incredible work through their coffee shop Sip of Hope, we KNEW the collective partnership between Two Shakes, Sad Clown, Linda and Hope For the Day could lead to a show that mainstreams the conversation around mental health with an honest, but lighthearted touch. Hope For the Day’s slogan ‘It’s ok not to be ok’ isn’t just an incredible motto, it’s our show’s theme and characters’ way of life. Thematically, this is about the universal journey to find happiness, fulfillment and connection, and the friends and community we lean on for support when times get tough.”

Hope Café is the creation of Linda Videtti Figueiredo, who is the co-creator of the Disney Channel series Stuck in the Middle. Figueiredo has more than enough experience on shows outside the Disney umbrella to make this work, too, from Fuller House to Last Man Standing to Yes, Dear. This will be her first big project since the Tanner family had to call it quits at Netflix, so it makes sense that she would team up with two more TV comedy vets for a new show.

While waiting to see what will come from this new project, Mayim Bialik fans can check out her extended work as Amy on The Big Bang Theory, which is currently streaming on HBO Max. Meanwhile, her new comedy Call Me Kat will be available on Fox on Sunday, January 3, with its standard time slot premiere happening that Thursday at 8:00 p.m. ET. You can catch Damon Wayans Jr. in Netflix’s Love, Guaranteed, too.