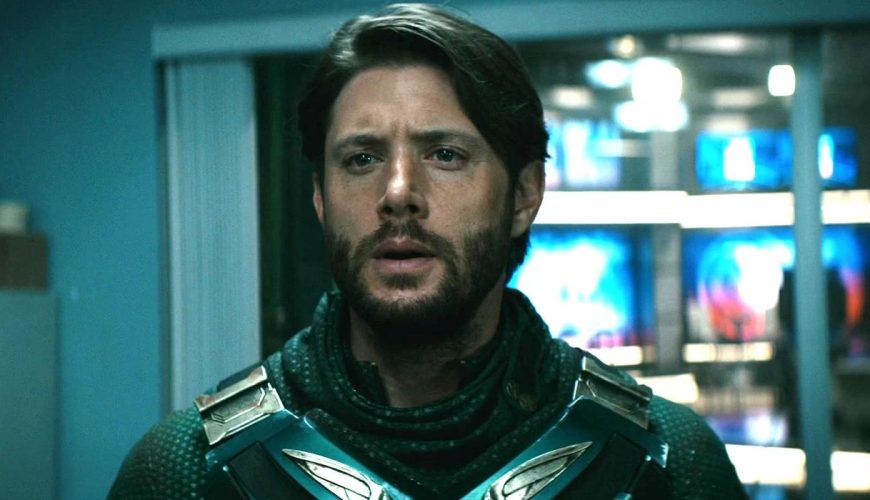 Fans asked for it, and The Boys delivered: It’s time for more Soldier Boy!

When Jensen Ackles landed his role as the gung-ho hero in The Boys season 3, the part wasn’t just about interacting with Butcher (Karl Urban) and company in the present day or coming face-to-face with Homelander (Antony Starr) and making fun of his cape. There was also a lot of history the show needed to build for the character. After all, he was America’s first superhero, which means he’s been around a long time and made a lot of very public moves.

Part of Soldier Boy’s legacy played out during the season in various commercials he filmed. Then, much like some of the other heroes on the show, there was a movie, which viewers got a quick glimpse of via a promo. See, back in the day Soldier Boy starred in Red Thunder, and as Ackles previously told EW, they shot “much more than just a fake promo” for Red Thunder. “We filmed scenes.”

And now, after fans have repeatedly asked for it, The Boys has released one of those scenes via Twitter.

We saw your tweets, opened your emails, and read your one-star reviews. That’s why we’re making the brave choice to bring Soldier Boy back to Vought++. Films like Red Thunder will now have this content warning to properly prepare patriots before they press play! pic.twitter.com/2r6AsKVpuP

Ackles worked with Philip Sgriccia, a director and executive producer on The Boys, to shoot the Red Thunder material. “It’s like Die Hard or the original Red Dawn,” Ackles told EW of the plot. “It’s that kind of like, ‘We’re under siege,’ and it’s the ’80s. It’s a bad action movie, is basically what it ended up being. I remember thinking, ‘Oh God, this is terrible acting,’ and Phil kept encouraging that while we were filming.”

As for the recently released scene, Soldier Boy can be seen being interrogated by a Soviet colonel. But in a classic hero twist, Soldier Boy was merely keeping the colonel talking as a distraction, buying time until the TNT twins could show up and free him. Check out the full scene above.

The Boys season 3 is streaming in full on Amazon Prime Video.

My name is Damyan Ivanov and i was born in 1998 in Varna, Bulgaria. Graduated high school in 2016 and since then i'm working on wordpress news websites.
Jensen Ackles, News, soldier boy, Supernatural, The Boys, TV Series