The cast of Friends has come a long way since first gracing our television screens back in 1994.

Since then, Jennifer Aniston, Lisa Kudrow, Courteney Cox, Matt LeBlanc, David Schwimmer, and Matthew Perry have become household names. The stars have gone on to start families, star in box office hits, and even fuel rumors of a potential reboot, all while continuing to making us laugh along the way.

But one thing’s for sure — while they’re still the same lovable actors we first met back in the ’90s, they certainly have changed over the years. Click through the gallery to see the cast of Friends, then and now.

The actress wasn’t exactly new to Hollywood when she signed on to star as Monica Gellar in the early ’90s. Cox famously starred in Bruce Springsteen’s “Dancing in the Dark” music video in 1984, in which she joined the singer on stage. Today, Cox has continued her success from Friends, starring on TV shows like Cougar Town and most recently, appearing on Shameless (above). She also shares daughter Coco Arquette with ex-husband David Arquette.

The lovable actor signed on to play Joey Tribbiani when he was just 26 years old. Before that, he starred in Married with Children spinoff Vinnie & Bobby. Today, the actor plays Adam Burns on Man With a Plan. He was also the only Friends star to get his own spinoff, Joey, however it didn’t resonate with the viewers quite like the original series.

Schwimmer was 27 years old when he joined the cast of Friends as Monica’s older brother, Ross Gellar. Before that, he guest-starred in popular series like L.A. Law, NYPD Blue, and The Wonder Years. In 2016, Schwimmer portrayed the late Robert Kardashian in the Emmy-winning miniseries, The People v. O.J. Simpson: American Crime Story. Most recently, the actor has appeared on eight episodes of Will & Grace (above). 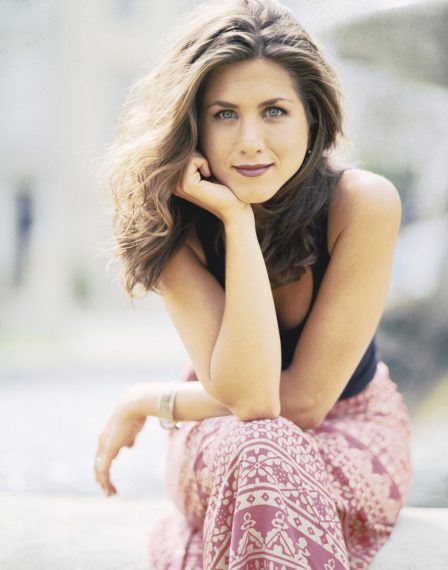 The beautiful actress was just 25 years old when she joined the hit sitcom in the first season as Rachel Green. Before that, she had minor roles on TV shows including Ferris Bueller and Muddling Through. Today, Aniston is one of the most successful actresses in the country, with movies like The Break Up, Along Came Polly, and We’re the Millers under her belt. She’s also endorsed several big name products including Smart Water, L’Oréal, and Aveeno. Next, she’ll be starring alongside Reese Witherspoon in Apple TV+’s highly anticipated series, The Morning Show (above).

Perry signed on to play Chandler Bing when he was 25 years old. Before that, he held multiple roles in a variety of TV series, but none made it beyond one season. Since Friends, Perry has appeared on series like The Kennedys After Camelot, The Good Fight (above), and The Odd Couple. Now, with Aniston’s social media debut, he’s the only Friends star without an official Instagram page.

Kudrow joined Friends in Season 1 to play the lovable yet goofy Phoebe Buffay, a character that was inspired by her Mad About You portrayal of the ditzy waitress, Ursula. Since Friends, the hilarious actress has gone on to star in TV series including Web Therapy and The Comeback and films like Neighbors and Booksmart. She most recently appeared on Netflix’s Grace and Frankie (above) and Unbreakable Kimmy Schmidt. Kudrow, who is married to husband Michel Stern, welcomed son Julian back in the late ’90s.

The cast of Friends

September 24, 1994 marked the premiere of Friends and the chemistry on screen was palpable from the very first episode.

“It was lightning in a bottle. To have those writers, those creators of the show, the team they put together and the actors. It just worked. I mean, the casting was just perfect, it really was,” Courteney Cox previously said. It was the selfie shared ’round the world… and also the one that nearly broke the internet. When Jennifer Aniston made her Instagram debut in early October, she couldn’t post just any typical photo to the social media platform. Instead, the actress shared a photo reuniting with her former castmates, which sent fans into a frenzy. In just days, the iconic reunion photo became one of the most-liked pictures on Instagram ever.