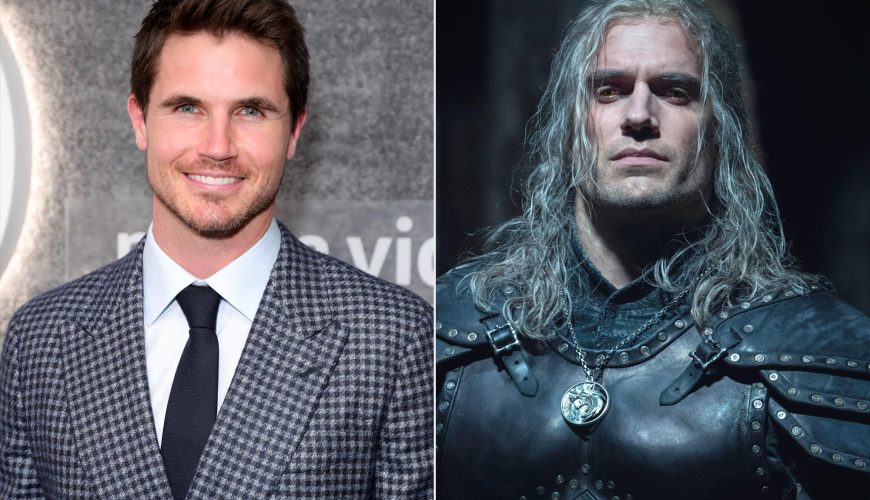 Robbie Amell is trading the worlds of superheroes and techie afterlives for the universe of The Witcher.

The Flash actor and Upload star is among four new additions to the fantasy drama’s season 3 cast — and we already know who he’s playing.

Amell, who also appeared recently on the big screen in Resident Evil: Welcome to Raccoon City, will play Gallatin, described as a born warrior who leads an army of guerrilla Scoia’tael fighting on behalf of Nilfgaard. Scoia’tael are a group of elven and dwarven rebels combatting the discrimination of non-humans on the Continent.

“Unafraid to speak his truth, Gallatin’s loyalty to his people ultimately leads him on a collision course with Francesca over power,” the character description reads. Mecia Simson will return for season 3 as Francesca, elven leader of the Filavandrel aén Fidháil.

Meng’er Zhang (Shang-Chi and The Legend of the Ten Rings) will play Milva, a human adopted by the dryads of Brokilon Forest. She’s a notably talented huntress with perfect archery skills and a stone-cold aptitude for survival.

Rounding out the four newcomers are Christelle Elwin (Half Bad, Bloods) as Mistle, a member of the Rats gang of misfit teens who steal from the rich and only sometimes give to the poor. The street-hardened youth is out for revenge until a chance meeting changes everything.

Netflix had previously released a behind-the-scenes image of Henry Cavill, Freya Allen, and Anya Chalotra returning to set for season 3, as well as a rundown of the main premise.

“As monarchs, mages, and beasts of the Continent compete to capture her, Geralt [Cavill] takes Ciri of Cintra [Allen] into hiding, determined to protect his newly reunited family against those who threaten to destroy it,” the summary reads. “Entrusted with Ciri’s magical training, Yennefer [Chalotra] leads them to the protected fortress of Aretuza, where she hopes to discover more about the girl’s untapped powers; instead, they discover they’ve landed in a battlefield of political corruption, dark magic, and treachery. They must fight back, put everything on the line — or risk losing each other forever.”

We’ll be able to watch the spin-off series Witcher: Blood Origin before we see The Witcher season 3, and there’s a reason for that. Showrunner and Witcher franchise architect Lauren Hissrich confirmed events of Blood Origin will set up some of the storylines and characters featured on the main show’s third outing.

My name is Damyan Ivanov and i was born in 1998 in Varna, Bulgaria. Graduated high school in 2016 and since then i'm working on wordpress news websites.
News, The Flash, The Witcher, The Witcher Season 3, TV Series