Riverdale star Lili Reinhart has been thrust into the spotlight in a huge way in the last few years. While the wild CW hit has captured audiences’ attention, Reinhart has had to navigate the weirdness of fame, and she admitted in a new interview with Allure that it has taken some careful navigation.

Reinhart, who is very candid about her mental health issues on social media, opened up about her feelings of obligation to be transparent about that aspect of health.

“Now more than ever, we need to be bringing the idea of mental health into schools and teaching it. It’s about communicating clearly.”

She explained that anxiety was a huge issue for her when she was younger and that it was hard for her to communicate her needs with her family.

“I felt very alone. But I was not being bullied, which made it really hard for my parents to understand.”

Appearing in a garden near you, this spring.

Speaking Out About Sexual Assault
When speaking to Allure, Reinhart also opened up about her sexual assault from age 16. She previously posted about the incident on Tumblr back in 2017, and she is still parsing through the complications of the incident.

“I felt physically pinned down to the ground while someone dry humped me, basically. I think I shared my story…before I had really understood it. I kept thinking of it as something physical, but it was more so a psychological abuse…that spanned a couple of months. I went along with it and was trying to get his approval because we were working together…. I wanted my work environment to be easy.”

It’s finally time to announce that I’m the face of @COVERGIRL’s new Clean Fresh collection 🌷 This vegan line is tailored to those who want a natural healthy glow from their makeup. Your skin can breathe while wearing the lightweight Skin Milk foundation which is formulated with coconut milk and aloe. I can’t wait to hear how you guys like this cruelty free collection. #CleanFresh #EasyBreezyBeautiful #COVERGIRLMADE

Helping Other Women
Reinhart explains that her memories of the incident are “blurry” and that she’s “locked it away,” but she wants to come forward so other women feel like they can too.

“What makes me hopeful is people like [Supergirl and Glee actor] Melissa Benoist sharing her story of domestic abuse with the world, because I think she helped a lot of people by doing that. When people come forward about a sexual abuse experience or physical abuse or them struggling with a disorder, they’re encouraging other people to not suffer in silence.”

Here is everything we know about Jared Padalecki’s Walker, Texas Ranger Reboot 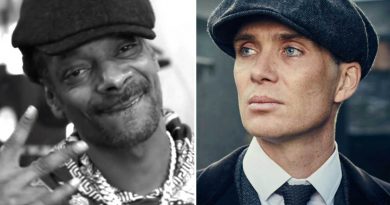 Is Snoop Dogg going to take a part in Peaky Blinders season 6 ?