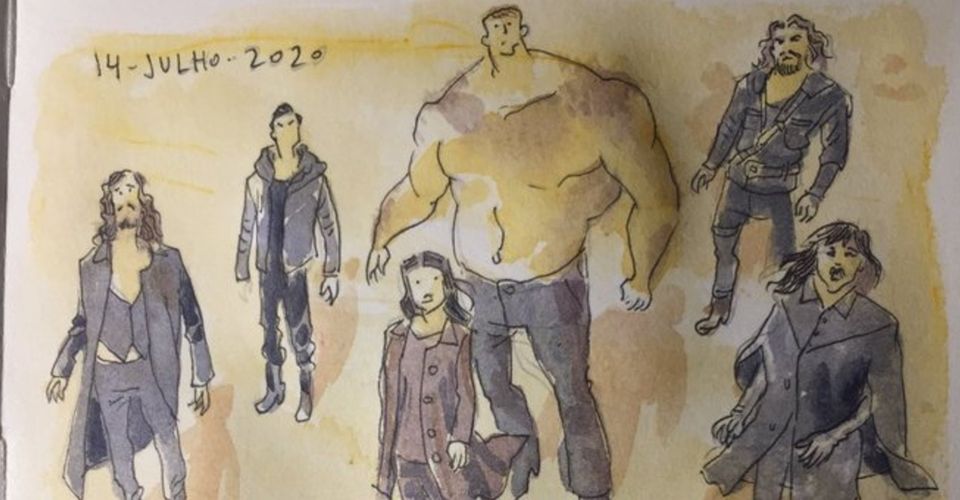 Season 2 of The Umbrella Academy is on the horizon, and Fábio Moon, brother of comic artist Gabriel Bá, took to Twitter to celebrate. The artist posted a sketch of the Hargreeves family sporting new looks. “The family is getting back together. Who’s excited?” Moon asked.

The family is getting back together. Who’s excited? (And what did you think of these new looks?) #umbrellaacademy #season2 pic.twitter.com/kkpHIyzoxv

Based on the Dark Horse Comics series by Gerard Way and Bá, The Umbrella Academy follows the exploits of the Hargreeves family. Once a team of child superheroes, they reunite after the death of their father to prevent a future apocalypse. Season 1 ended with the Hargreeves traveling back in time, while Season 2 will see them attempt to avoid yet another apocalypse, this one connected to the death of President John F. Kennedy.