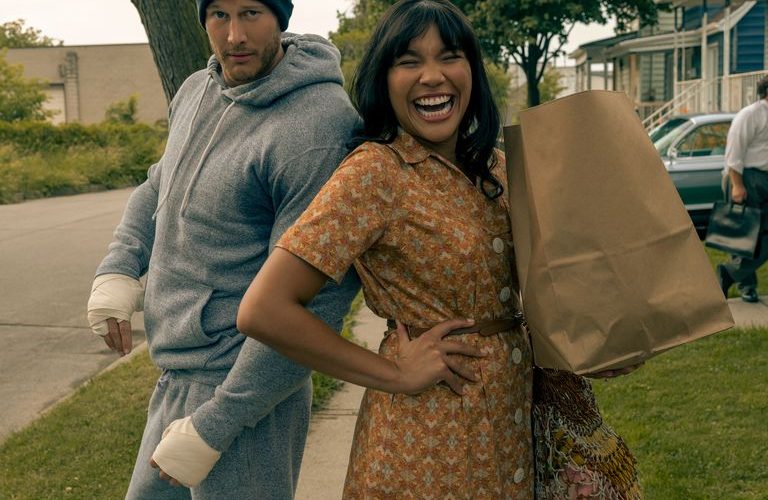 The Umbrella Academy is a Netflix favourite for a reason. Beyond the realms of the fantastical and bizarre cartoon-like world they inhabit, their stories are wonderfully human and largely focus around a desire to belong in some way, even when you’re born to stand out.

At the beginning of season one, no one quite encapsulated this quite like Allison, aka #3 or The Rumour depending on who you ask. Gifted with the ability to bend people to her will with a simple whisper of “I heard a rumour…”, she found herself struggling with the power that gave her, ultimately shunning it entirely in order to live a successful career as an actress, and a life with her daughter, even when her marriage began to crumble.

But as season three rolls around something happens to this once self-assured character that is almost irredeemable, and this is never more obvious than in one particular scene, half way through episode five. Spearheaded and infuriated by rejection, she attempts to sexually assault her de facto brother Luther using her power.

Luther and Allison’s relationship never sat particularly well with fans, and a potential will they/won’t they in season one for the adopted siblings was quickly written out by the time season two dropped. It turns out, it doesn’t matter how sweet a romantic dance sequence among stars is, viewers will consider them siblings regardless.

It’s fair enough. The story’s running thread of family only makes this point stronger. They may not be blood relatives, but they’ve been raised from birth as if they are – so a relationship is weird, if not technically illegal.

But the introduction of Ray in season two – just as the confident, Black woman Allison finds herself slap bang in the middle of the civil rights movement of 1960s Dallas, Texas – set her story at least on a far more hopeful and positive path.

Yes, she was trying to return home to her daughter (not that she mentioned it all that much at the time) but she was also finding herself the kind of stable home life she had always craved, a man who worshipped the ground she walked on, and a cause she can fight for with her entire heart and chest, not just because her adopted father forced her to.

However it seems like a happy ending just isn’t on the cards for any of the Academy, and on her return to the present day in season three, she discovers the change her presence in the ’60s timeline created means no Umbrella Academy at all… and even worse, no Claire.

With Ray dead in this future version of life, Allison becomes rudderless with the amount of change around her and decides to turn selfish and vicious. We get it, hurt people hurt people, and so screaming at her misfit band of brothers makes sense.

However, one look at Twitter proves that the scene in episode five went down like a ton of bricks. Not only was it out of character for Allison, it was out of character for a show that – despite its reliance on a fun dance number or comedy beat to offset the horrific violence – had never brushed with this kind of story beat before, and never needed to.

Luther, worried for his heavily-drinking sister, reaches out to her at the Hotel Obsidian. He remains sympathetic before telling her: “I know you Allison, and I know when you’re drowning”. For a moment, she opens up, admitting she was getting tired of losing people she loves with every new timeline change and apocalypse-preventing showdown. You feel for her as her bravado slips.

However, as Luther gives her a hug, she mistakes his affection for romantic attention and attempts to reciprocate, only for him to politely turn her down, now in his own happy relationship. Rather than accept this, she turns on him, and as he tries to walk away, she forces him to stay.

Despite his pleas for her not to, she then commands him: “I heard a rumour that you want me” and with that he starts clambering over her, before his heavy-built frame becomes too much for her and she screams at him to stop. Horrified at himself, he walks away, a part of him knowing she made him, a part of him looking guilty for doing it anyway.

It’s this precise moment that really splits Allison from the rest of the group. In storytelling terms, you don’t get to come back from sexual assault, no matter what your motives are. From this moment, it seems like a target was on her back not to survive the season. If you become an assaulter, it’s usually code for a swift and sharp exit not too soon after, and it’s never forgotten.

But beyond it being a cheap device to make viewers turn on Allison completely, it does a disservice to the character of Allison herself, someone who until that point may have been slightly selfish, but was fiercely defensive of her family even when things went catastrophically wrong.

She was the sister Klaus went to when he fell off his sobriety wagon, she was someone Diego could find a way to vent his frustrations with (even if that was deliberately hitting up a bar full of racists just to get in a fight and feel something). More than anything, Allison was the strong foundation of love Viktor needed in order to feel ready to navigate his own powers, find love with a woman in season two before finally coming out as transgender.

Allison is allowed to feel hurt and looked over by any of these people when they let her down – but to make her a would-be rapist seems like a level too far, and has tarnished what was otherwise a prominent and fascinating tale of resilience that stood out away from the rest of her family. And to do it to Luther, arguably the most vulnerable and innocent of them (despite the body of a gorilla) seems a deliberate attempt to dismantle a character.

There are other ways to fall into villainy.

What’s worse is that the assault is barely mentioned again. Certainly not to the other members of the Academy, and in passing at most between Luther and Allison. Eventually, when she finally gets what she wants and is reunited with Ray and daughter Claire (in what we can only assume is in some kind of afterlife as the pair’s lifelines never crossed paths) her win doesn’t feel in any way earned. If she’s dead, there’s no mourning for her. If she’s alive, then she’s proven that being the bad guy actually pays off.

Whether or not Allison is actually dead remains up for debate. A sign from Netflix themselves saying “I heard a rumour someone doesn’t survive this season” suggests that she has shuffled off this mortal coil to a plane where she can get her happy ending. Anyone who knows The Umbrella Academy knows it doesn’t actually take much for someone dead to pop by every now and again (heck, Ben for the first two season was literally a main character while dead).

But there’s something about that ending that does, in the least, feel final, no matter how she got there, and there’s no love lost for her down to the behaviour which climaxed in this one, incredibly disturbing scene.

And that shouldn’t be the ending this one great character should be given.