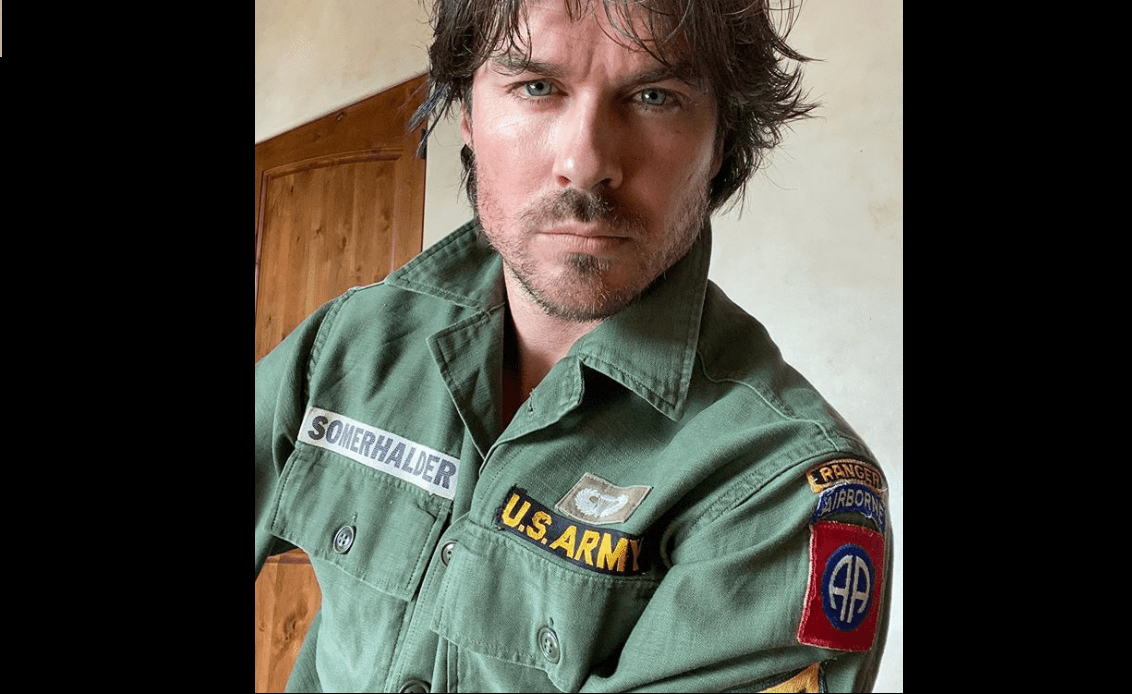 Ian Somerhalder or more know as Damon Salvatore from The Vampire Diaries just shared an awesome content and story for Veterans Day.

For the people who don’t know – Veterans Day (originally known as Armistice Day) is a federal holiday in the United States observed annually on November 11, for honoring military veterans.

The description of the photo is – “We honor our #veterans on #veteransday I learned a deep and profound respect for their sacrifice, honor and skills of the WOMEN AND MEN of our Armed Forces when I was very young from my Old Man. They have paid such a huge price for our freedom and they must be honored.

My Dad was an 82nd Airborne Ranger in the early 60’s. This is his shirt that I have cherished since I was a little boy. This shirt is from his early years so it’s missing all the patches he received but it’s still so cool to wear… In the height of the Cuban Missile Crisis, my Dad was on a plane locked and loaded with his weapons, the plane full of protoplasm and accompanied by a Marine Brigade headed to Cuba. The plane was on that Tarmac ready to take off then drop them into an uncertain Cuba that awaited them. The flight was canceled just minutes before by President Kennedy. A really close call and that conflict could have changed history…

I truly feel the Women and Men of our Military who have given and continue to give so much to protect our freedom should be respected and honored as we do our own families. Our country must take greater strides to insure that THEY receive the best treatment medically and psychologically that is available. To think outside the box to give them the best and most productive chances to live a happy and healthy life back home. Their skill sets, work ethic and leadership capabilities will blow your mind. WE HONOR YOU AND WE THANK YOU FOR YOUR SERVICE TO THIS GREAT NATION AROUND THE WORLD.
#veteransday #veterans

With immense gratitude and appreciation,