The Walking Dead is ramping up to a dramatic end as season 11 comes to a close, and viewers will find out what is fated for the various characters, including Leah played by Lynn Collins.

Speaking exclusively to Digital Spy about what to expect from the finale and her character arc, she also addressed a past controversy.

“I think I said something in an interview at the very beginning where I was like, ‘Well, you know, Carol’s [Melissa McBride] relationship with Daryl is kind of maternal.’ Everybody got super pissed off with me,” she explained. 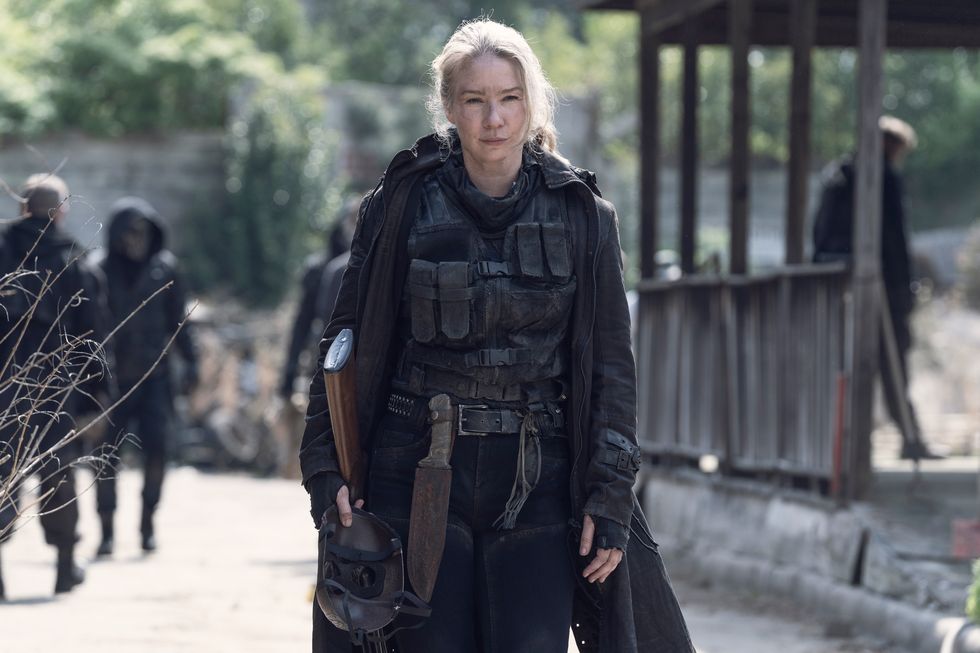 Collins responded to the comments by saying: “You know, this whole decision for Leah to even be grey was because I’m 44 and grey. So it was like: everybody was accusing me of ageism. And I was like, ‘Are you kidding me?’ I think I may be older than Melissa [laughs].’

“So I don’t know. It was a weird situation where I was like, ‘Oh, this is something that has nothing to do with me. This is a conversation I want to be a part of because I think it’s important but I don’t think it has actually much to do with me, because they don’t know who I am, or how old I am, or what I’ve been through, or whatever.'”

Collins also delved into the decision behind making her character have grey hair and how it was her input to embrace her natural hair colour.

“I mean, I had gone grey when I was 25. Everyone wanted me to be brunette – blue eyes and brunette. They love that juxtaposition.

“But when the pandemic happened, I was like, ‘Thank God. I can’t go to a salon. Let’s just see what happens.’

“And I was like, ‘What if we do a wig for who Leah is in these younger years, where they’re together in this cabin, and then when we see her next, let’s see my own hair colour where she looks like a bald eagle? You know, the white top of the bald eagle, and she’s this force?'”

The Walking Dead season 11 airs on AMC in the US and STAR on Disney+ in the UK.