‘The Walking Dead’ – Negan For The Real Hero, Not Rick Grimes

The bloody and brutal Season 10 of AMC’s The Walking Dead confirms Negan is the franchise’s greatest hero, not Rick Grimes.

AMC’s The Walking Dead has had many leaders recently with the likes of Michonne, Daryl, Maggie, Carol, Ezekiel, and Father Gabriel stepping up. Of course, the franchise’s head honcho is, no surprise, Rick Grimes, the character Andrew Lincoln brought to life from the Image Comics series for nine years.

He’s been one of TV’s most iconic heroes, which is why fans are hoping they can find out where he’s at prior to the trilogy of movies planned that took him out the show. However, as much as Rick has done, uniting Alexandria, Hilltop, and the Kingdom, Season 10 confirms the series’ greatest hero isn’t the former sheriff, it’s actually Jeffrey Dean Morgan’s Negan. 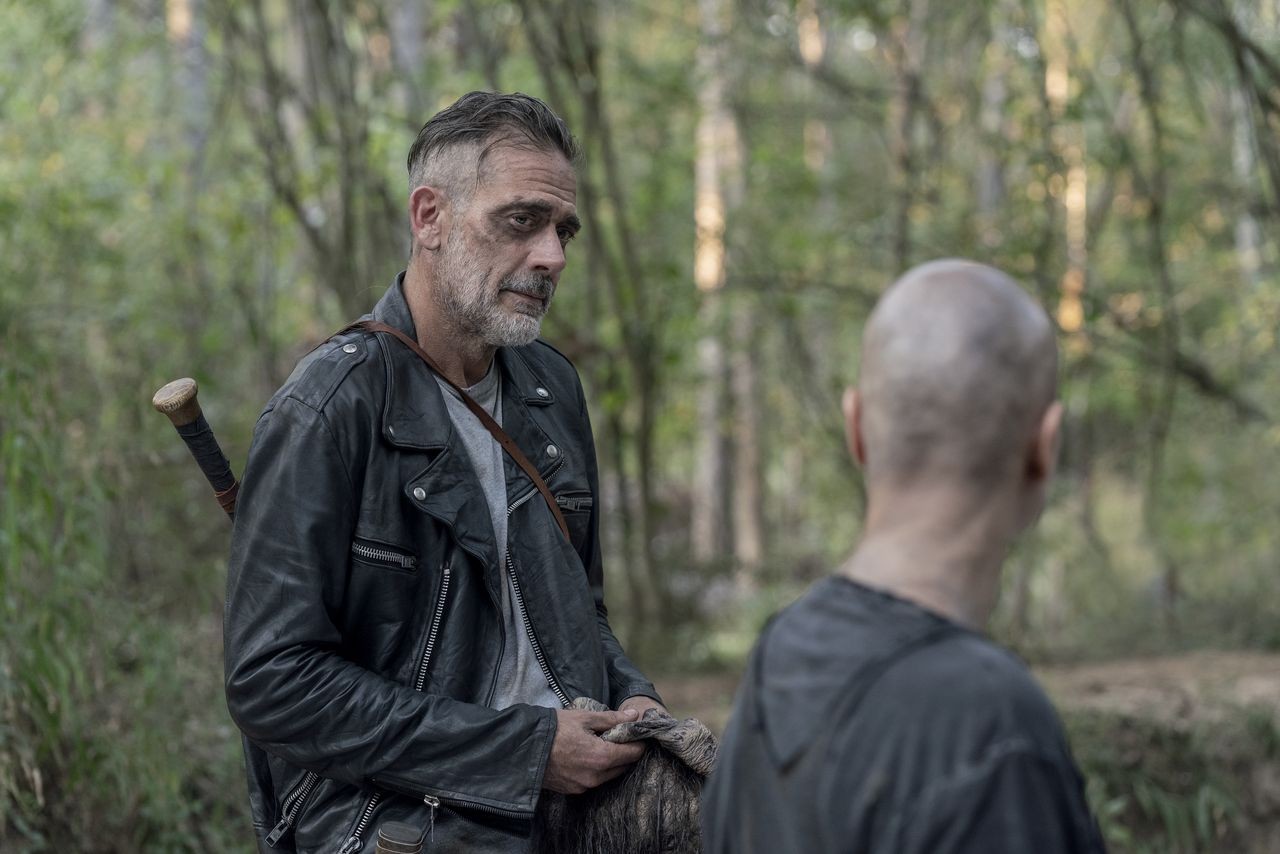 It’s a controversial take, but it’s not meant to detract from what Rick built. He faced enemies like the Governor and the Saviors and forged an alliance that stands to this day. Many see him as the leader of the somewhat free world in the zombie apocalypse, saving countless lives and making key decisions for the future of this little pocket of humanity. But when it comes to defining moments, none has been as great as Negan beheading Alpha.

Make no mistake, Alpha is the show’s most powerful villain as her Whisperers can walk amongst the dead, infiltrate mankind’s communities and ambush any group at will. Plus, with a dog of war like Beta, she really has everything figured out. It’s why she had the alliance in checkmate after placing their members’ heads on spikes, which drove Carol mad as she lost her son, Henry, in the melee. And the societies could do nothing but continue to make a truce with her.

Negan, however, infiltrates her camp, plays her to the point she falls for him, and after earning her trust to help murder her daughter, Lydia, turns on the villain and decapitates her. That entire plan takes cojones and proves what makes him more formidable than Rick is his cerebral nature. Rick’s mixes diplomacy with reactive war-like measures, but Negan — mind you he loves his barb-wired bat, Lucille — is about the mental games. It’s why he sent a shockwave throughout the alliance killing Glenn and Abraham and then got them to feed his group. He understands people — what they fear, what makes them tick, and how to subjugate them.

And this all for his Saviors to be the next step of evolution in a world technologically set back. He was simply putting in a warped air of order, promising to keep villages safe if they fed the government. While his methods were harsh, it seems a fair trade as it’s all taxes. And to demonize him fully when you consider how he’s extended his character to this new role as a watchdog for Carol, it would be biased. After all, within his camp, he had no room for rapists and such. He was just in pain after his own world and his family got ripped away from him, and he had a code. Now that he’s been set straight, on this path of redemption, though, he’s trusting humanity again and fighting for justice. 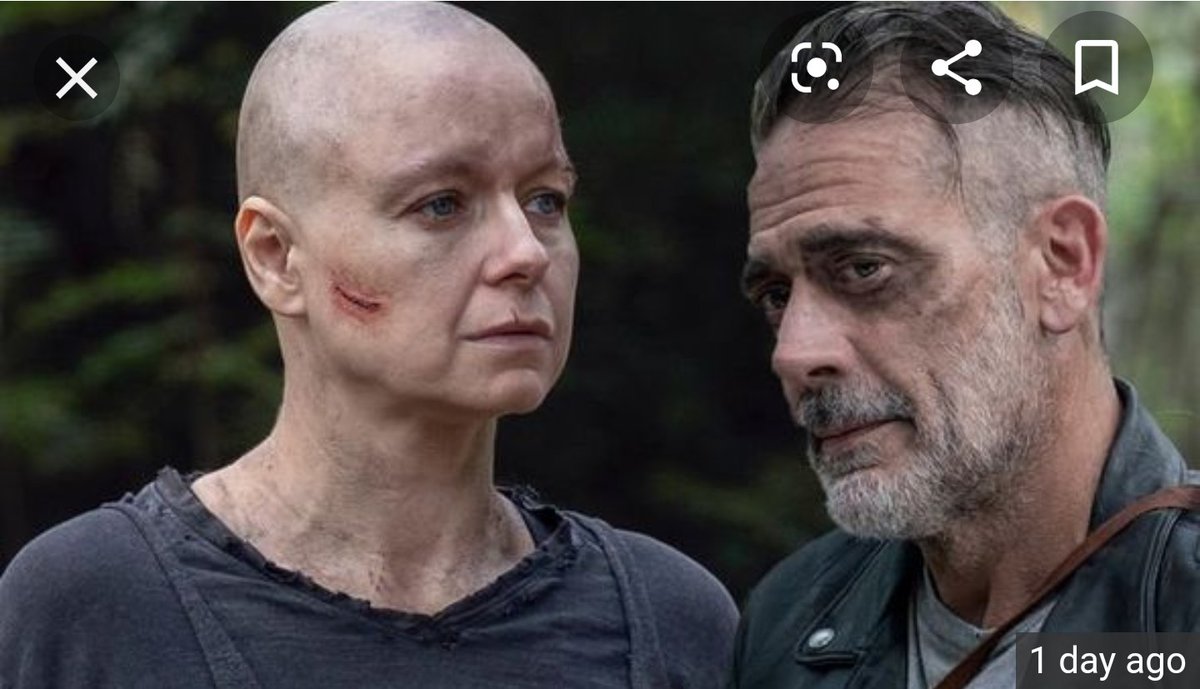 Fans can feel this development through his conversations with Judith when he was a prisoner. He was honest and reconciling this with who he was, one can see he preferred to leave selfish or shady behavior patterns for others in his past. It’s why Judith takes to him and why Michonne, Daryl and Co. want him isolated — they know he can lead and do what Rick was afraid to do: assert dominance. That’s the cutthroat mentality needed and honestly, you can still maintain your innocence adopting this mentality in a dog-eat-dog world. Rick’s passive attitude hurt the communities and when he did decide to be aggressive, it was often too late. You need skepticism and cynicism, but not naivety. This is where Negan trumps Rick, because as much as he’s a lost soul, he’s firm in protecting people for their own good, as seen during the mid-season finale where zombies attacked during snowfall. He even saved Judith and others who condemned him, risking his life when he could have gone free.

Also, the fact Rick hasn’t even tried to contact Alexandria in Season 10 after getting carried off in a helicopter says a lot. Leaving clues and hoping his family finds them on a boat off a mysterious island is ludicrous and doesn’t feel virtuous at all. Negan, though, is altruistic when he breaks away and solves the Alpha problem on his own. He strikes first because it would peg the enemy back and instill fear in them. Rick had this in him but was scared to bring it out, albeit he did come off as a tyrant at times when he got lost in the belly of the beast fighting villains like Negan. Still, he tried to mask and justify certain moments of failure, but that double standard isn’t present with Negan. What you see is what you get.

Negan lets you know why he’s doing what he’s doing and doesn’t play the chess game, setting up pawns and using people for the long term. The fact Carol sees that says a lot, granted she’s just as dark and conniving too. But that’s because she can spot a leader, a man of action, and a bonafide savior a mile away. She saw it in Rick since Season 1, which is why she followed him blindly, copied and learned, and evolved from him. Now, whether you like to admit it or not, she’s seeing that in Negan and realizes he’s the greatest yet unlikeliest hero they could ever have gotten in the fight for survival. He’s a Dark Knight willing to be the villain of the story while keeping everyone safe, and as Carol has indicated, that’s worth more than a good reputation with a shiny badge and a cowboy hat at present.