The Walking Dead has always had a multi-talented cast and former star Emily Kinney has proved that again, as the Beth Greene actress is releasing brand new music.

Kinney played kind-hearted Beth on The Walking Dead from seasons 2-5, with her character having to deal with the deaths of most of her family before developing a bond with Daryl Dixon (Norman Reedus).

But Kinney is also a talented musician and has just released her latest single ‘Fifteen Minutes’ – which you can listen to here – with her third studio album The Supporting Character on the way in April. 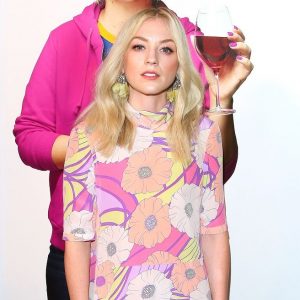 Speaking to Entertainment Weekly as she unveiled her new song, the actress revealed where she got the inspiration for her new music from and it’s a far cry from the horrifying events of The Walking Dead.

“‘Fifteen Minutes’ is a love song I wrote for my boyfriend at the time explaining that I would trade time I’ve spent being successful or famous for more time with a person I really love, him,” she said. “He said he didn’t get it. We broke up.”

The album, which consists of nine tracks, focuses on themes including loss, family history, body image and creativity, with Kinney revealing that one of her biggest influences was the relationship between fame and family.

“‘The Supporting Character’, for example, was written after a weekend with my dad in San Diego, pre-COVID,” she said. “I drove home on the 5 and remembered thinking that I was a part of something much bigger than myself.

“Life is really magical and goes by so fast and I realized that I want to spend more time with my family and friends and less time chasing my career.”

The Supporting Character will be released on Jullian Records on April 9 in the US and on May 21 in the UK and is available to pre-order now.

Kinney revealed last summer that she wouldn’t rule out returning to The Walking Dead in future, despite the apparently tragic ending to Beth’s story.

“I’m very proud of being a part of that show,” she said, adding that a comeback wouldn’t be out of the question. “If there was some way, sure”.

We’d argue that in the world of The Walking Dead, nothing is impossible.