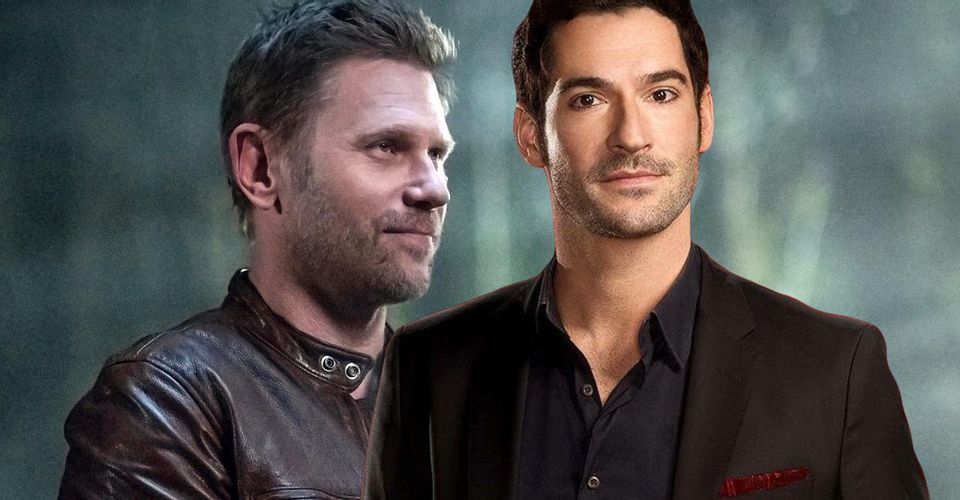 The CW’s “Supernatural” and Netflix’s “Lucifer” are at the same time very similar and totally opposite: Both exist in a world where the heavenly and hellish figures of Christian scripture visit Earth in human form, but on the former, the Devil is firmly a villain while on the latter, he’s the cool, but flawed protagonist.

The similar cast of characters — angels, demons, Lucifer, Michael, and God — make for similar themes of family, agency, and fate amid two different premises. “Supernatural” follows brothers Sam (Jared Padalecki) and Dean (Jensen Ackles) Winchester as they travel the United States, hunting monsters who endanger humans; “Lucifer” follows the titular character (Tom Ellis), whose boredom takes him to Los Angeles where he opens a club and becomes a consultant on local murder cases that are usually not supernatural in origin.

While “Lucifer” is technically based on the DC Comics character in the “Sandman” series created by Neil Gaiman, it undeniably exists in a post-“Supernatural” world. Did the CW show influence the devilish detective series? It seems possible: “Lucifer” premiered 11 years after the first episode of “Supernatural” aired and the latter even referenced “Lucifer” days before the pilot dropped.

From one Lucifer to another: Go settle down in L.A.

The “Supernatural” episode in question, appropriately titled “The Devil in the Details,” comes in Season 11 when Sam and Dean are facing the threat of The Darkness, Amara, aka God’s sister (Emily Swallow). Lucifer (Mark Pellegrino) has been locked in Hell, in “The Cage,” since the end of Season 5, but is now sending Sam visions, beckoning him back in. Sam gives Lucifer an audience, thinking he may be an ally in their fight against Amara, but is skeptical of gaining the Devil’s help. He asks what Lucifer would do after killing Amara, and Lucifer responds, “I move to L.A., solve crimes.”

That episode released on January 20, 2016, and just five days later, the first episode of “Lucifer” — in which Satan lives in L.A. and solves crimes — aired on Fox. It seems too perfect to be a coincidence; the “Supernatural” writers had to have known what they were doing. The two shows do have some overlap behind the scenes: Richard Speight Jr. (Gabriel on “Supernatural”) has directed episodes of both series and a few actors have appeared on both. In a cute way, it’s almost like “Supernatural” was welcoming “Lucifer” into their unique genre.

Despite Lucifer’s cheeky response to Sam, it’s hard to imagine him in the same shoes as the Lucifer of L.A. He’d probably be more of a nuisance than helpful when it comes to solving murders and there certainly wouldn’t be a wholesome romance. While both versions of the Devil are playful and indulgent, with heaps of daddy issues, they differ in some key areas.

On “Supernatural,” Lucifer is an overwhelming threat to Sam and Dean — and the entire human race — as one of the most powerful villains on the show. However, on “Lucifer,” Lucifer actually has a passing interest in protecting humans, though he frames it as “punishing sinners.” He’s more interested in a lighthearted pursuit of his desires than starting the Apocalypse.

Mark Pellegrino’s Lucifer is one of the best parts of all of “Supernatural.” He acts like a gaslighting abuser, but he’s still a magnetic presence due to the combination of his sickening charm with his sadistic streak and family issues. In contrast, Tom Ellis’ Lucifer keeps his darker side hidden unless he or someone he cares about is threatened. He’s still manipulative, but it comes out in often petty moments — he’s far less concerned with deceiving people and proudly proclaims he never lies. He’s selfish, sure, but has the capacity to care for people other than himself.

Both versions take some liberties with the biblical version of the Devil, but that’s what makes them fun to watch. Still, it would be absolutely entertaining to see the “Supernatural” Lucifer take a jab at detective work.

My name is Damyan Ivanov and i was born in 1998 in Varna, Bulgaria. Graduated high school in 2016 and since then i'm working on wordpress news websites.
Lucifer, News, Supernatural, TV Series