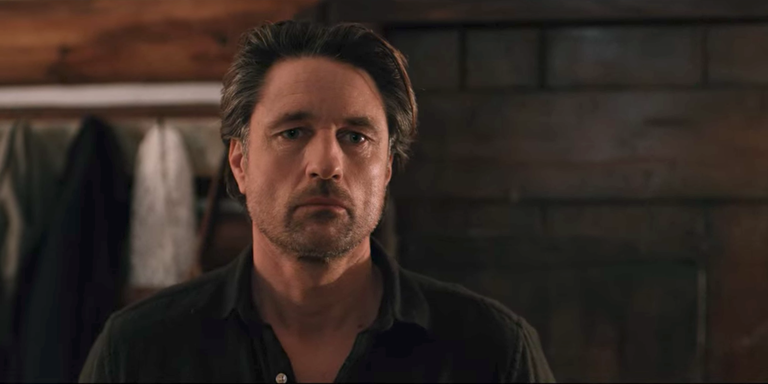 Virgin River season 3 showrunner Sue Tenney has broken down the big finale twist and teased what’s to come in season 4.

The Netflix drama dropped its hugely anticipated third season on Friday (July 9), which delivered a number of twists and turns.

As well as having Jack Sheridan (Martin Henderson) propose to Melinda Monroe (Alexandra Breckenridge), the season ended with the revelation that Mel is pregnant – but she doesn’t know if the baby is Jack’s or her late husband Mark’s (Daniel Gillies).

Asked about the paternity of Mel’s baby, Tenney confirmed to TV Line: “You’ll find out by the end of the fourth season.”

As for Mel’s answer to Jack’s proposal, actress Alexandra Breckenridge added: “My initial response would be that she would say yes.”

She did suggest that Mel may also have some reservations, though, saying: “I mean, he did just break up with her a couple weeks ago!”

Meanwhile, the finale also shared the bombshell revelation that Charmaine (Lauren Hammersley) will try to win full custody of the twins, and Tenney teased that viewers can expect a lot of legal drama next season.

“I have sympathy for Charmaine,” she shared. “I don’t condone her actions. They’re a little squirrelly. But she’s not evil. She’s just hurt. Everything that Charmaine does is out of hurt. She’s always working from a place of hurt.”

Jack should be prepared to fight for his kids, however, and Tenney confirmed that Brie (Zibby Allen) will play a major role in this storyline too.

“We will utilise the fact that Brie is an attorney in the show going forward,” she added.

Virgin River seasons 1, 2 and 3 are available to stream on Netflix.