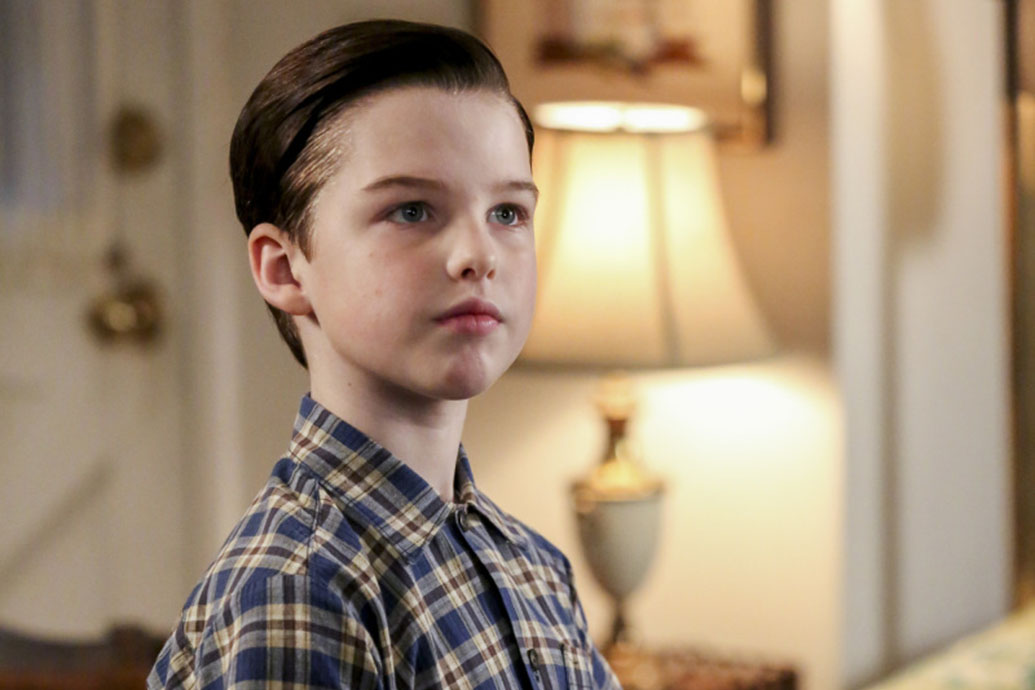 Young Sheldon is traveling to a dimension beyond that which is known to man — and TVLine has an exclusive sneak peek.

In Thursday’s bizarro episode (CBS, 8/7c), the Coopers discuss the possibilities of black holes and alternate universes when Dr. Sturgis comes over for dinner. In the above video, the boy genius imagines one such universe where he’s traded personalities with twin sister Missy — and that’s not even the best part.

In the family’s very own Twilight Zone, George is a Medford’s prim and proper pastor, while religious fanatic Mary is a red hot, club-hopping vixen, sipping on an ice-cold martini.

Perhaps most jarring is what comes of Sheldon’s older brother Georgie. He trades hairlines with Sheldon’s mentor, but looks more like a young George Costanza.

Young Sheldon was recently picked up for not one, not two, but three more seasons. The supersized renewal guarantees the Big Bang Theory prequel will run at least seven seasons, through 2024. At the time of the announcement, CBS president Kelly Kahl released a statement, which read in part: “Under Chuck Lorre’s and Steve Molaro’s deft leadership, this superb cast and gifted writers have truly brought these wonderful characters to life… The humor, warmth and heart exuded by the Cooper family is an undeniable hook for the millions of fans who tune in each week. We’re excited to see what the next three seasons have in store for a slightly older Sheldon and all the Coopers.”