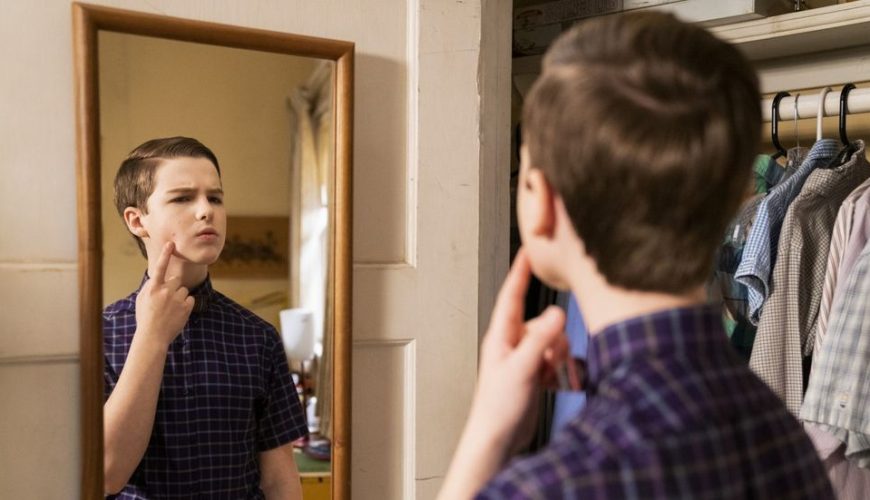 During the episode, the Coopers took a trip to Sunday service at their local church.

However, they quickly faced judgemental glares from other church-goers who were still not over Georgie getting Mandy pregnant.

As a result, Mary insisted that the gang sit as far back as possible to avoid being judged.

This annoyed Sheldon and prompted Missy to ask him what was wrong.

He responded, telling her: “We’re nowhere near the acoustic sweet spot.”

Long-time fans of Big Bang Theory will remember that the “acoustic sweet spot” was first mentioned in season 2, episode 9.

During the episode, Sheldon hijacked Leonard’s cinema date with Stephanie and ruined it with his insistence on finding “the acoustic sweet spot” before the movie began.

Opening up about the throwback reference, executive producer Steve Holland told TV Line: “His love of finding the acoustic sweet spot dates back to his childhood!”

Meanwhile, Big Bang Theory co-creator Bill Prady recently opened up about the possibility of a reboot.

“I know that people do get characters together for reunions and things like that,” he told Entertainment Weekly.

Co-creator Chuck Lorre made a potential reunion seem even more unlikely, saying that the finale episode was “perfect”.

“I don’t think we left anything undone. That was as close to a perfect finale as we could have ever dreamt of doing. I loved it.”

Prady did admit he would like to see some sort of comeback, however, adding: “Would I like to stand on a stage someplace and watch those characters again? Yes, absolutely. Can I imagine a way to do it? I can’t.”