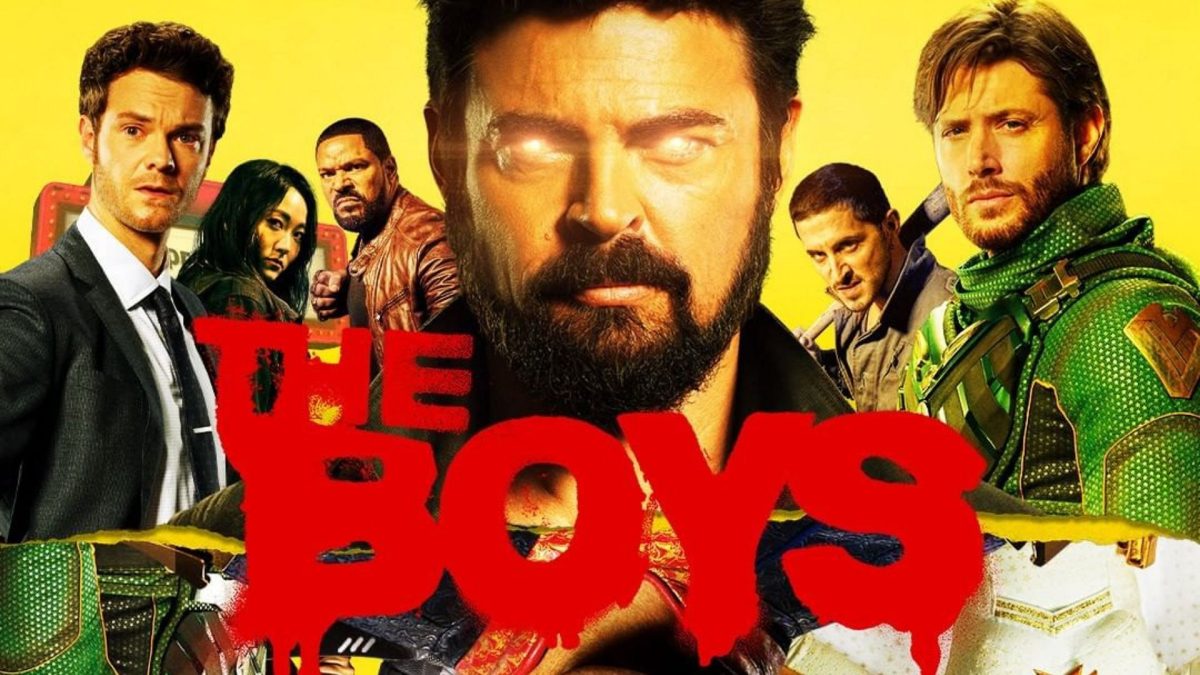 Oi, listen up! I got questions for The Boys Season 3 and I need them answered now, dang it.

The Boys’ latest season has wrapped up and so many things happened that I am in awe and need some explanations now. Like is Frenchie ever going to get to go to Herogasm after that crazy episode?

Jokes aside, I have plenty of questions for The Boys Season 4, which is already confirmed. And if I don’t get the answers to these questions my head just might explode like everyone in Season 2. And I’m sure you’ll feel the same.

Will We See New Supes In The Seven?
At the end of Season 3 of The Boys, we see that several spots are open on The Seven, with the only remaining members being Homelander, The Deep, and A-Train. The showrunner, Eric Kripke, has already hinted via an interview with Entertainment Weekly, that Black Noir isn’t necessarily gone – just the person in the costume is.

But, that still means there’s a possibility we might be seeing new Supes hop on The Seven train soon enough. And after that crazy finale, I’m down for anyone – as long as there’s no more beastiality, please, The Boys, you’re killing me.

How Are The Boys Going To Deal With Neuman?
Victoria Neuman, surprisingly, ended up taking a bit of a backseat in Season 3 of The Boys. While it was revealed earlier on that she was indeed the “Head Popper” of Season 2 and has a secret agenda, Soldier Boy ended up taking a good amount of the screentime this time around.

However, at the end of Season 3, we see Homelander (who she was in cahoots with) repay her, since she told him about Ryan’s location. He has The Deep murder her VP opponant, Lamar Bishop, and this in turn leads her to get picked as the VP for the current presidential campaign, which means Season 4 will likely focus a bit more on her political agenda.

And now, more people know about her powers – so what are The Boys going to do about this emerging political figure with hidden superpowers?

What Is Butcher Going To Do About Ryan And Homelander?
Look, man, the last thing I need is a Homelander 2.0 performing the worst things that his supe dad has ever done, but that look at the end of Season 3 does not bode well.

It didn’t help that Butcher had previously snapped at Ryan due to the strains Temp V was putting Butcher’s body through – and openly told Ryan his mother’s death was because of him. This may have led, at least in part, to Ryan turning more to Homelander towards the end of the season.

But with Butcher’s recent diagnosis, is he really going to just let Homelander take Ryan?

Also – Is Butcher Really Going To Die?
I know shows aren’t afraid to kill off main characters. Game of Thrones made a regular occurrence of that. But I really don’t think Butcher is going to die.

He’s literally one of the leaders of The Boys, who’s been around since the first episode. I don’t think he’s going to get taken out that easily. Maybe he’ll end up getting Compound V actually in his system to see if he can prolong his lifespan, but I’m not entirely sure how he would acquire it. All I’m saying is that I’m not going to believe it until I see it. But his healthy is undoubtedly one of the biggest questions going into Season 4.

Is The Deep Going To Get Canceled Again?
We all saw the strange path The Deep was going down in Season 3. While it looked like, at the end of Season 2, he had gone through a change of some sorts, that all ends in Season 3 when he decides to choose an *looks at notes* octopus as a lover over being with his wife.

Yeah, so that happened.

Regardless, she leaves him, understandably repulsed by his strange attraction to sea creatures, and then she writes a tell-all book about The Deep that is featured at the very end of the finale called “In 2 Deep,” The Deep sees her on the TV doing an interview, promoting the book. Does this mean that after all this character development The Deep is going to get canceled again?

Will We Learn More About The Full Strength Of Annie’s Powers?
During the last fight with Soldier Boy, Hughie decides to help his girlfriend out by providing her with as much electricity as possible. In that moment, we see that she is able to store so much power in her that she can literally fly, before she fires a powerful blast at Soldier Boy.

While she doesn’t fly again after that, this begs the question – is there more to Starlight’s powers than we’ve seen before? Will Season 4 really explore the full strength that she has? Now that she has joined The Boys as a full-time member, maybe she’ll get the chance to really see what she can do.

Will There Be Major Fallout After What Homelander Did At The Rally?
I mean, we all sort of saw what the rally at the very end of The Boys Season 3 was sort of referring to, but it also makes me wonder if anything is going to happen after what Homelander did.

When someone throws something at Ryan during the rally, Homelander promptly kills the man – and the people around him begin to cheer. However, this is still The Boys, and I’m sure someone was recording this incident. Is there going to be fallout after this? Homelander basically runs Vought at this point, but I can’t imagine that all of the public is going to be okay with a supe killing someone like that.

Will Stan Edgar Get His Revenge On Homelander/Vought?
I am still upset that we didn’t get to see Giancarlo Esposito more this season as Stan Edgar because he is an acting legend. Edgar has gone through quite the story in Season 3 of The Boys, getting removed from his position as CEO and getting publicly denounced by his daughter-figure, Victoria Neuman. However, I don’t know that’s going to be the last we see of him.

At the end of the season, we don’t really know what’s going on with Stan, and what he might be planning in the background. But hopefully, it won’t be long before we get some sort of answer.

Since Queen Maeve Lost Her Powers, Are We Ever Going To See Her Again?
Queen Maeve was one of the good superheroes in The Seven, and while she had done some bad things, she was still leaning on the side of good and started off truly wanting to help people before life at Vought drained her. However, at the end of Season 3, she sacrifices her powers in order to save everyone in Vought Tower when Soldier Boy was about to explode it.

Using her strength, she runs at Soldier Boy and knocks him out of the tower, his explosion going off in mid-air – this incident ends up with her losing her powers, while the rest of the public believes her to be dead, as that is the way Vought is spinning it.

But is that the end of Queen Maeve now that she’s lost her powers? Her ending in Season 3 looks like a happy ending, where she’s retired and living like a regular person now, but I still don’t think it’ll be the last time we ever see her. Hopefully. Fingers crossed.

Are We Going To See Soldier Boy In Season 4?
One of my favorite parts of Season 3 of The Boys was the legendary Soldier Boy, who was played by Jensen Ackles. He was highly-anticipated and did not disappoint in his rampage of deaths in Season 3. But now with Soldier Boy seemingly locked up after his fight in Vought Tower, are we going to see him again?

To be honest, I really hope so. He’s an interesting character and was a formidable foe for Homelander, who actually ended up being his son. I’d love to see him again, whether in flashbacks or as another character.

These are just some of the questions we’re wondering while we wait for The Boys to return. What are you looking forward to the most about The Boys Season 4?