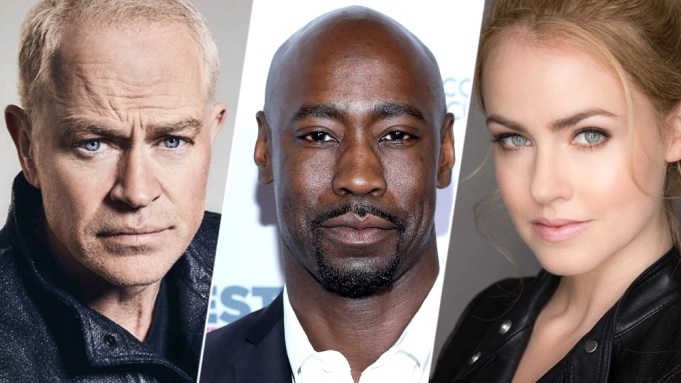 9-1-1: Lone Star season 4 should be premiering in January, if it follows in the footsteps of all previous seasons, so it’s about time we got some casting.

As reported by Deadline, the fourth season has added some familiar faces from Lucifer, The Flash and Suits.

From Lucifer, we’ve got DB Woodside, who will be playing a charismatic preacher and loving father named Trevor. He moves to Texas alongside his daughter because of his job, but will get more than they bargained for due to a “rare and dangerous storm”.

Suits’ Amanda Schull will playing FBI Special Agent Rose Casey, who comes into town as part of her investigation into an extremist group.

She joins up with Rob Lowe’s Owen in order to gather enough evidence of a planned attack to put them down.

Finally, The Flash’s Neal McDonough has already appeared in the show, as his character Sergeant Ty O’Brien made one appearance in season 3, in which he clashed with Owen. Now he’s becoming a proper recurring character as part of a key plot line.

We’ve already had one crossover between Lone Star and the original 9-1-1, but Oliver Stark recently addressed the potential of another one, as he was asked about TK and Carlos (known together as Tarlos) tying the knot.

“That would absolutely be a great opportunity; however, firefighting comes with lots of responsibilities, so I don’t believe there’s a crossover in that,” he said.

“But now that you said it, I’m going to send some texts saying, where’s my invite? I think it’s a great idea.”