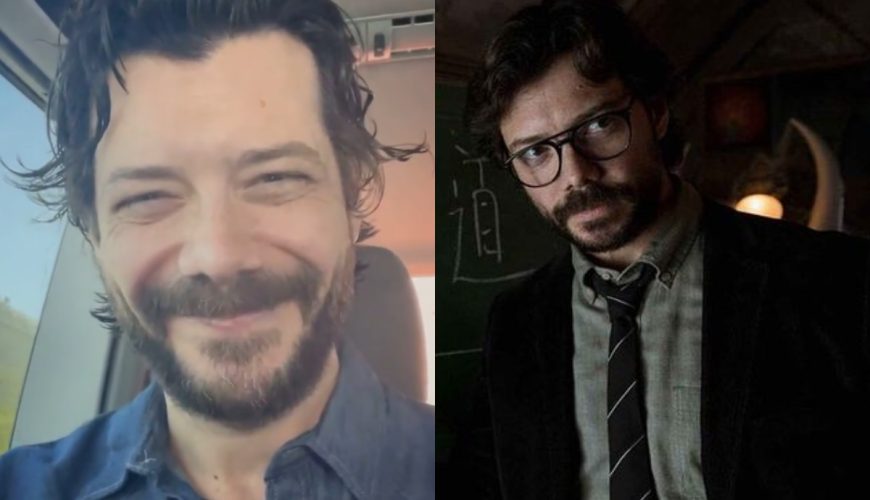 It’s been nearly three weeks that Money Heist brought curtains down on its four-year-long journey. But that hasn’t affected its massive fandom. Dali masks, red jumpsuits and characters’ props among several other elements from the Spanish crime drama continue to reverberate with the audience.

One such thing that’s left an indelible mark has been The Professor’s glasses. However there’s more to actor Alvaro Morte playing the part. From his body language to clothes, everything about the mastermind was intricately designed, making him a unique character. And this has been revealed in the documentary titled ‘Money Heist: Tokyo to Berlin’ that’s currently streaming on Netflix.

A section of the documentary reveals the “tricks and rituals Alvaro performed to become The Professor.” Firstly, he listened to Gillespie’s “A Night in Tunisia” because it got him “into the groove that The Professor has going.” He also had a way of dressing up for the character. The things he mentioned in the documentary might sound weird, but he said they are important to him.

“Until I have my shoes on, I won’t pull up my pants. Then I put my belt on. With my pants up but not fastened, I pull on my shirt, do the buttons. After that comes the tie which I leave undone. Then I roll up my shirt sleeves, and after that I make the knot on my tie which has to be at the exact spot. I sometimes tie it 7-8 times until it’s perfect, because the tip of the tie has to fall exactly halfway over the belt buckle,” he shared.

Actor Pedro Alonso who plays Berlin, also revealed in his voice-over, the three ‘tricks’ that Alvaro used for his character. While we know how Alvaro kept touching his glasses, but he also shared that The Professor would always put them on them with both the hands. According to Alvaro, his glasses are “like a mask on the Professor’s disguise because he always hides behind them.”

Also, his hand gestures while speaking were tad different. He used his thumb to point because, in Alvaro’s words, “he’s a convoluted guy. He’s a guy who hides what’s really inside him.” Lastly, Alvaro said The Professor was much more hunched when the show debuted because he is “self-absorbed”. His back straightened slowly depicting the confidence his character gained as the story moved forward. The most he held his posture upright was when he walked inside the Bank of Spain in the last season.

La Casa De Papel or Money Heist had a successful finale recently, when the gang of robbers managed to sneak out the gold from the Bank of Spain disguising the police department, and under the leadership of the man main – The Professor. The series ran between 2017 and 2021, remaining among the most watched shows on Netflix all through.

My name is Damyan Ivanov and i was born in 1998 in Varna, Bulgaria. Graduated high school in 2016 and since then i'm working on wordpress news websites.
Alvaro Morte, La casa de papel, Money Heist, News, The Professor, TV Series