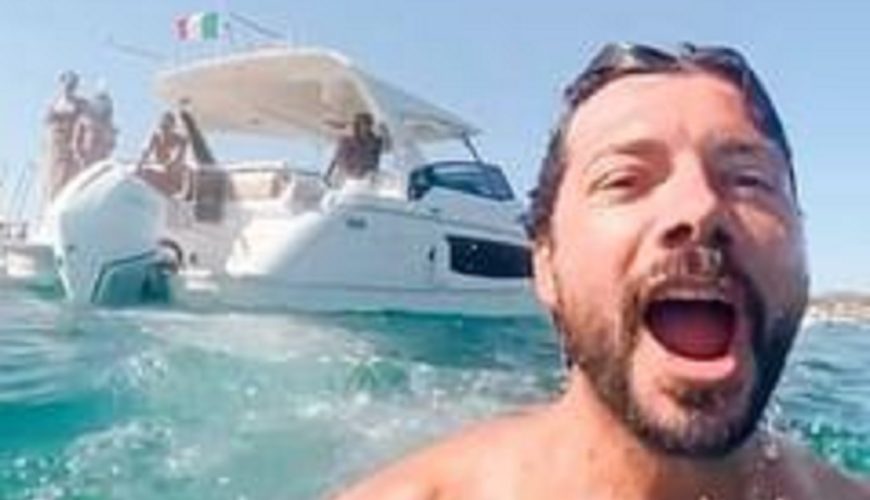 Become a world star thanks to his role as The Professor in the series ” La Casa de Papel “, Álvaro Morte’s movements are followed in detail by a legion of fans on his social networks. Twelve million people with whom he has shared his choice of Menorca as a holiday destination this summer.

The Cadiz actor, a native of Algeciras, is a regular in Mallorca but this year he has decided to make the leap to the sister island.

This is where we have seen him enjoy a tour of Menorca by boat , diving and testing his skills as a swimmer, strolling at night through the Plaça des Born in Ciutadella or enjoying some good wines on the Island.

At 47 years of age, he has accumulated a career spanning more than two decades on stage , combining theater with screens. Although the global success of the public and critics has come with the success of “La Casa de Papel” on Netflix, Spanish viewers know him from previous roles in Antena 3 series such as “Bandolera”, “Amar es para siempre” or «The secret of Old Bridge». His latest project as a protagonist is in the series “Sinlimits” for Prime Video and Televisión Española , where he plays the role of Juan Sebastián Elcano .

My name is Damyan Ivanov and i was born in 1998 in Varna, Bulgaria. Graduated high school in 2016 and since then i'm working on wordpress news websites.
Alvaro Morte, La casa de papel, Money Heist, News, The Professor, TV Series