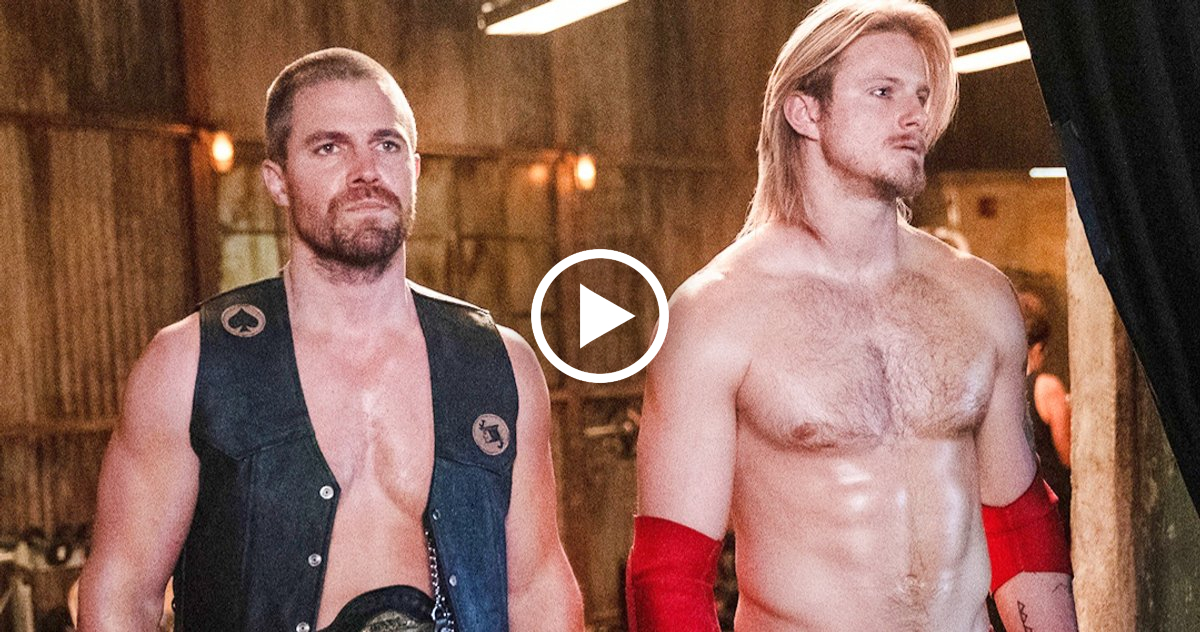 You’d think actual grappling would be enough for a wrestler to deal with, but as the first trailer for Starz’s upcoming show Heels makes clear, Stephen Amell and Alexander Ludwig will also be grappling with the weight of familial obligation, quotidian small-town blues, and, of course, competing with your own brother to win that big, beautiful championship belt. As Chris Bauer’s Wild Bill Hancock says in the trailer, “A tale as old as time.”

In the drama from Loki creator Michael Waldron, the Arrow star and the Vikings actor tag-team up as Jack and Ace Spade, the excellently named offspring of a late regional-wrestling sovereign out of Duffy, Georgia. They may not agree on what to do with their father’s league, but you better believe they’re taking all of that pent-up sibling hostility and dealing with it in therapy. Just kidding! They’re probably going to whale on each other in the ring. Or hey, maybe both? Heels is clearly going for prestige drama here, after all. Looks like you’ll have to wait and find out this summer, when Heels premieres on Starz Sunday, August 15.

You can watch the trailer below: