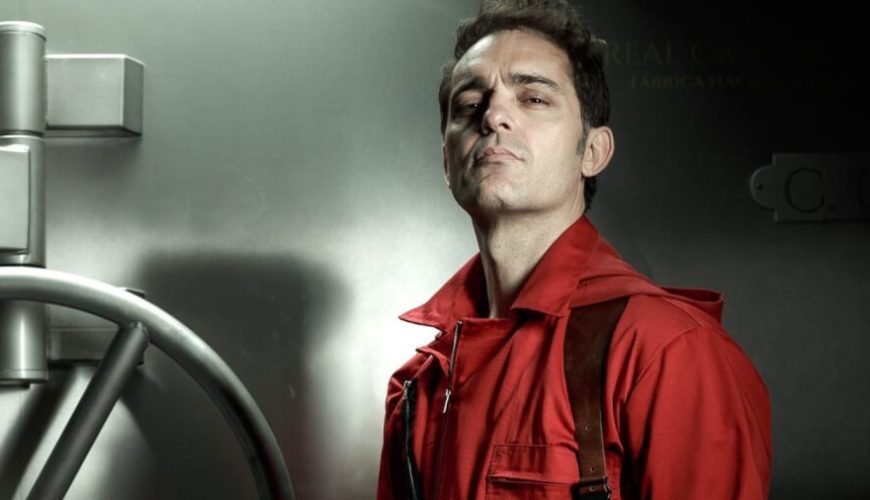 The celebration of Netflix’s TUDUM events are already a must for platform subscribers. They advance some of the streaming provider’s projects for the coming months and, without a doubt, one of the most anticipated is that of the series that returns us to the universe of La casa de papel . Berlin is the new fiction by Álex Pina with Vancouver for Netflix, a spin-off based on the past of Pedro Alonso’s character before devising, together with his brother, the robbery of the Casa de la Moneda.

Although it is unknown when we will be able to see Berlin on our screens, we do know that the project has already officially started, because during the TUDUM meeting last September, Netflix released a video in which Pedro Alonso and Álex Pina themselves describe the tone of the series and the creator delivers the definitive script for the first episode, titled Historias de París .

Berlin : the keys to the spin-off series of La casa de papel
For being almost an antagonist in the gang of television thieves that we have liked best in decades, he has a few detractors, but the appeal of the character of Andrés de Fonollosa is undeniable. His humor, crude, and his intelligence, as convoluted as it is brilliant, have made Berlin an addictive role for viewers thanks to Pedro Alonso’s performance, but it has also given him a lot.

Now, that almost a year has passed since we saw the outcome of La casa de papel, we know that we are closer to reuniting with Berlin in its spin-off on Netflix. As Alonso and Álex Pina themselves have clarified, the fiction will review “the golden age” of this thief in which the character will combine the two facets that most characterize him: his extreme and passionate conception of love and his particular humor. In Pina’s words, Berlin will be a “manual of love and theft” throughout Europe, with his former gang before the organization that starred in La casa de papel . Drama, thriller and action are combined again in this series that will especially enhance the comic aspectof the character taking advantage of the good reception of the ironic point that Alonso contributed to his interpretation.

My name is Damyan Ivanov and i was born in 1998 in Varna, Bulgaria. Graduated high school in 2016 and since then i'm working on wordpress news websites.
Berlin, Berlin 2023, La casa de papel, Money Heist, Netflix, News, TV Series