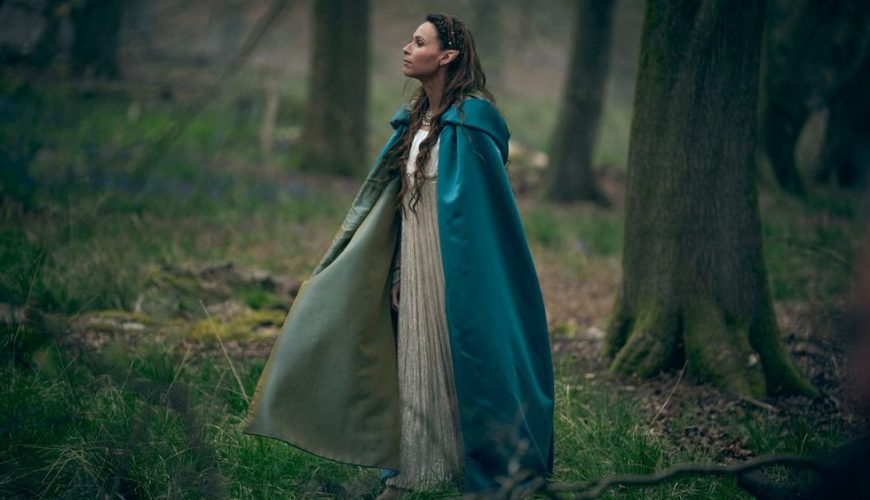 The Witcher has released a first-look image of Minnie Driver in her Blood Origin role.

During last weekend’s TUDUM event, it was revealed that the Will & Grace star had joined the cast of the prequel as the narrator (via Entertainment Weekly).

Now, the streamer has shared a picture of the actress in character as Seanchaí, an elf donning a teal cape and a white gown and wearing her long brown locks tucked behind her pointy ears.

According to series co-creator Declan de Barra, the newly announced character is “a shapeshifting storyteller that can travel between worlds and times”.

“She’s essentially a collector of stories that are forgotten. She believes this story needs to be told again in the modern Witcher world for progress to be made in the future,” he told TUDUM.

The showrunner didn’t divulge details about when or how the characters will team up with the other key players in this story, but she is likely to show up in the main show alongside Henry Cavill’s Geralt of Rivia.Set 1200 years before the events of The Witcher, Blood Origin follows “seven outcasts who unite against an unstoppable power that took everything from them”.

Their revenge quest will lead to a conflict that will see a conjunction of different worlds, with monsters, men and elves merging to become one. Given her pointy ears, Driver’s Seanchaí may belong to the latter, though we can’t tell for sure given her shapeshifting powers.

Fans will have to wait until the spinoff premieres this December to find out more about Driver’s intriguing character.