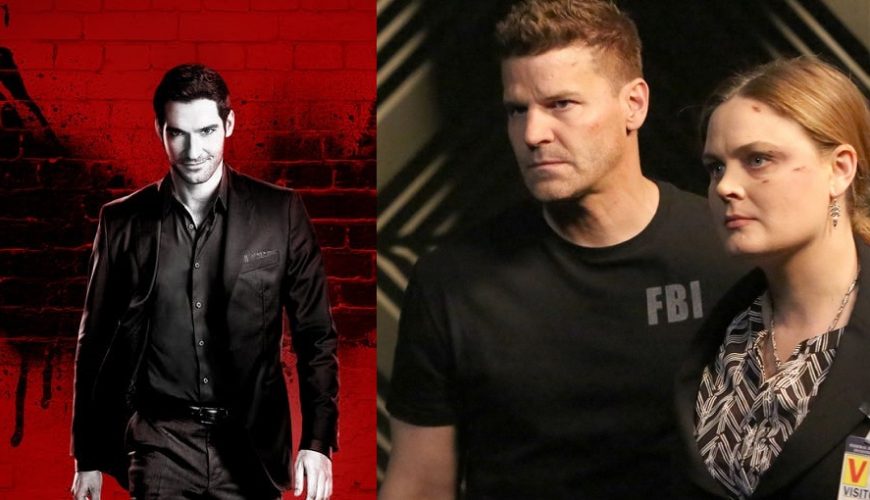 Spoilers ahead for Season 6 of Lucifer on Netflix!

The final season of Lucifer released on Netflix and it was full of emotions, action, and references to a certain crime series. Although Tom Ellis’ Lucifer was caught between a rock and a hard place when it came to deciding whether or not to take over as God, something that came naturally to him was showing his love for crime dramedy Bones. And following one scene with a surprise character, the creator of the Fox series responded to the shoutout.

Season 6 of Lucifer came with plenty of surprises, and arguably the biggest was Lucifer and Chloe’s daughter, Rory, from the future. Rory intended to kill Lucifer for disappearing and not being in her life, but she slowly started to make amends with her absentee father, as he wanted nothing but to spend time with her.

In the penultimate episode, Lucifer and Rory sat down to watch Bones together and Rory ended up telling him about her time’s More Bones spinoff, which includes Bones and Booth’s cyborg daughter. Bones creator Hart Hanson responded to the hilarious shoutout during an interview with TVLine and the Lucifer writers’ ability to come up with one more bone joke:

I believe in all things Lucifer. I believe they are amazing writers. But if More Bones from the future can come up with even ONE more bone joke or pun that we missed in 12 years, then all of us from the original Bones will provide the slow clap of respect and awe. There might be some rhyming pun around ‘knuckle’ that we missed, but I’m positive we exhausted everything around the rude-word bones like ‘coccyx’, ‘pubis’, and ‘pisiform.’

Throughout Lucifer’s six seasons, the Devil brought up Bones every so often, and Season 6 was no different. Besides the More Bones spinoff, Lucifer also mentioned how upsetting it was that the series got cancelled. Coincidentally, Lucifer stars Kevin Alejandro, Kevin Rankin, and Aimee Garcia (who already landed her next role) appeared on Bones during its run. It makes me wonder if Lucifer ever did a double take about his friends looking awfully familiar from Bones.

Even though Lucifer’s relationship with his daughter was a rocky one, they were able to get close and even bond over their love for Bones. Though as of now, More Bones only exists in the Lucifer universe, but who’s to say that this won’t turn into something more? It’s certainly fun to think about Booth and Bones having a cyborg daughter. If you want to revisit Bones after Lucifer’s hilarious shoutout, you can find all twelve seasons streaming on both Hulu and Amazon now, while the full run of Lucifer is streaming on Netflix.

My name is Damyan Ivanov and i was born in 1998 in Varna, Bulgaria. Graduated high school in 2016 and since then i'm working on wordpress news websites.
Bones, Hart Hanson, Lucifer, Lucifer 6, Lucifer finale, Lucifer Season 6, News, TV Series