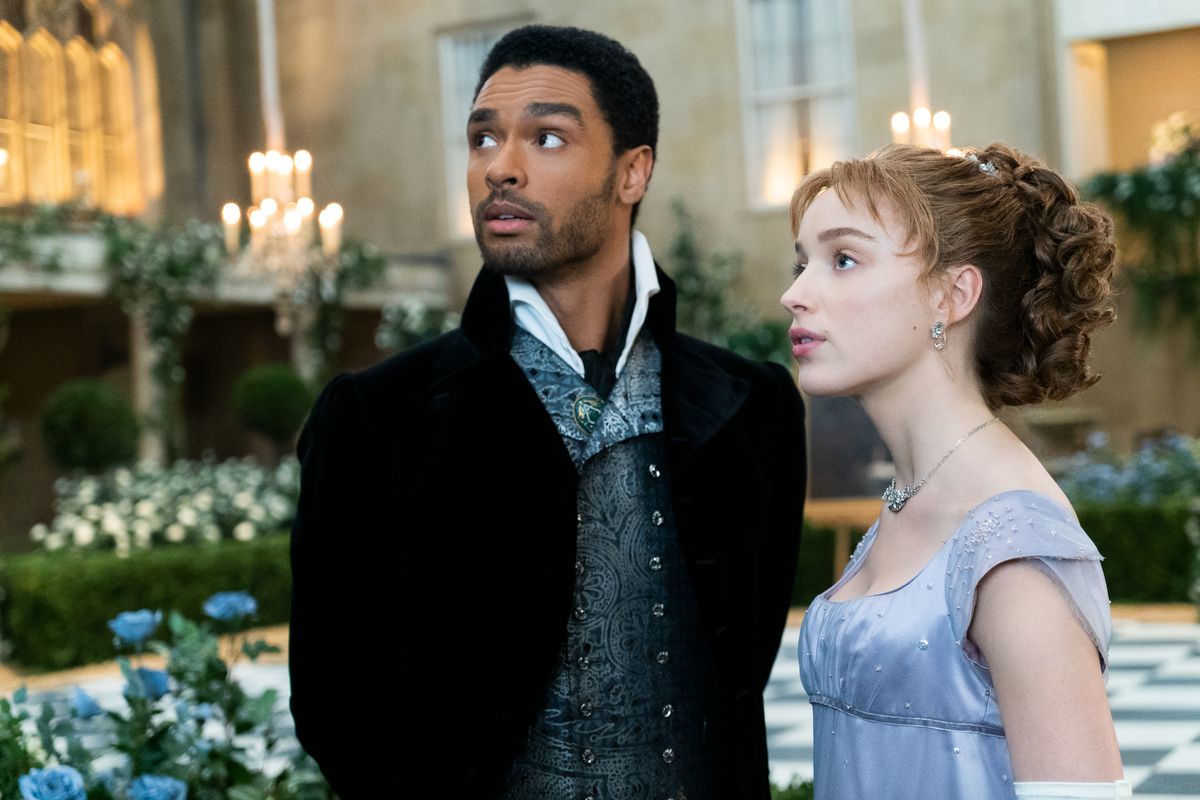 Last week, production on Bridgerton’s second season was put on pause for 24 hours after a crew member tested positive for Covid.

According to Deadline, a second person on set tested positive for the virus, halting the production “for an indefinite period of time.” Netflix did not share whether this second person was a cast or crew member, but, per Deadline, the longer length of this suspension has spurred rumors that it may have been an actor.

The hit Netflix series is filming in the UK, where the Delta variant is spreading rapidly, contributing to a sharp rise in Covid cases across the board. The team behind Bridgerton is currently deliberating the path forward, with Deadline noting that the “streamer and producers at Shondaland [are establishing] a timetable for a safe return.”

This pause to filming comes after the Bridgerton cast was spotted in their period costumes, shooting the upcoming season. Phoebe Dynevor, who plays Daphne, was photographed in her formal garb, as was returning cast member Jessica Madsen, who played Daphne Bridgerton’s rival debutante, Cressida Cowper. A few new members of the Bridgerton ensemble were also captured on set, including Melissa Advani and Priya Kansara, who will play a new mother-daughter duo, Lady and Miss Eaton. Of course, there was one notable missing figure, Regé-Jean Page, who will not be returning to the series.

The beloved Netflix show’s first season was recently nominated for a few Emmy Awards. Page received a nod for the Lead Actor, Drama category and the show as a whole was nominated for Best Drama Series. Bridgerton also earned nominations in casting, cinematography, costumes, directing, and title music.