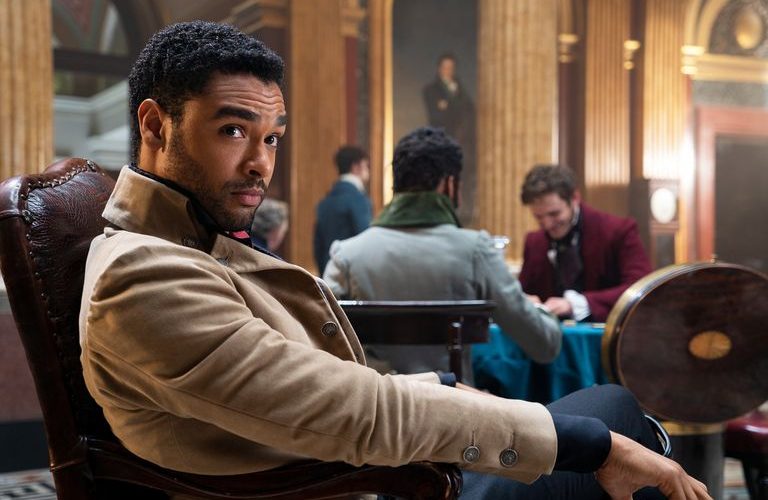 Bridgerton season three has officially kicked things off behind the scenes, with production on the Netflix drama now promptly under way. The Ton awaits, folks.

The sumptuous period drama confirmed that work had begun on the latest season earlier this week, with an announcement from producers Shondaland and a special on-set video featuring the cast getting back into action.

In a sneak peek at the Bridgerton set, the likes of Luke Thompson, Golda Rosheuvel, Adjoa Andoh, Luke Newton and Nicola Coughlan can be seen preparing for the social event of the season.

In a separate teaser, Shondaland offered its own glimpse of filming, complete with a string quartet cover of Madonna’s ‘Material Girl’.

“Dearest readers, it pleases this author to announce that Bridgerton season three production has commenced!” the on-screen message reads, before announcing a “few new members of the Ton”.

Alert the Ton, we’re back in action! #Bridgerton Season 3 production is in full swing. pic.twitter.com/nNrnpJobsX

Small Axe’s Daniel Francis is the latest addition to the cast, alongside The Crown’s Sam Phillips, and James Phoon. The three will be playing Marcus Anderson, Lord Debling and Harry Dankworth, respectively.

Speaking of the Bridgerton cast, Regé-Jean Page has responded to rumours that his character Simon Basset, aka the Duke of Hastings, may be recast in future seasons.

“They’re free to do as they like,” he said of a possible Duke switcheroo.

Bridgerton seasons 1-2 are streaming now on Netflix. Season 3 has been confirmed.