Brooklyn Nine-Nine actors to reunite for final ever episode

The cast of Brooklyn Nine-Nine will appear on Late Night with Seth Meyers shortly after the final episode airs on NBC on Thursday (September 16).

The eighth and final season will end with a two-episode finale named ‘The Last Day’, airing on NBC at 8pm ET, and the cast will appear on the talk show at 12.35am on Friday (September 17) morning to chat about their journey on the show and say goodbye, Deadline has confirmed.

It’s not yet been officially been confirmed which cast members will be there.

Unfortunately for UK viewers, there’s also still no confirmation on when the latest series will air in the UK. However, season 7 reached E4 about two months after premiering in the US, so fingers crossed season 8 will follow a similar timeline.

The 10-episode season premiered in the US on NBC on August 12 and the final season of the beloved cop-comedy has been well-received by critics and viewers alike, debuting on Rotten Tomatoes at 100%.

According to Deadline, the season peaked with 6.4 million viewers overall.

Season 8 broaches a number of new topics, including the Black Lives Matter movement, the global pandemic and the first responders in New York. It also follows the early life of Jake and Amy’s baby Mac, who was born in the last episode of season 7.

Speaking on Variety’s Awards Circuit podcast, Andy Samberg who plays Jake Peralta, said they wanted to be “honest about what is going on in the world” with the last season.

“Our characters need to examine their roles in the world,” he added. “They’re going to be forced to look in the mirror and see who they’re complicit with.” 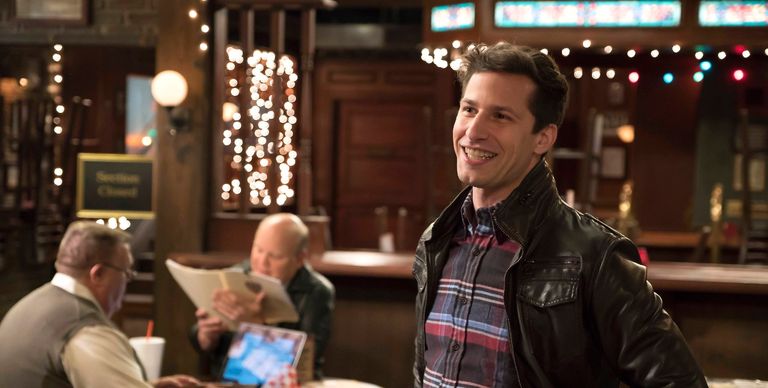 Co-creator of the show Dan Goor said it was “a difficult decision” to end the series with the eighth season.

“But ultimately, we felt it was the best way to honour the characters, the story and our viewers,” he continued. “I know some people will be disappointed it’s ending so soon, but honestly, I’m grateful it lasted this long.”