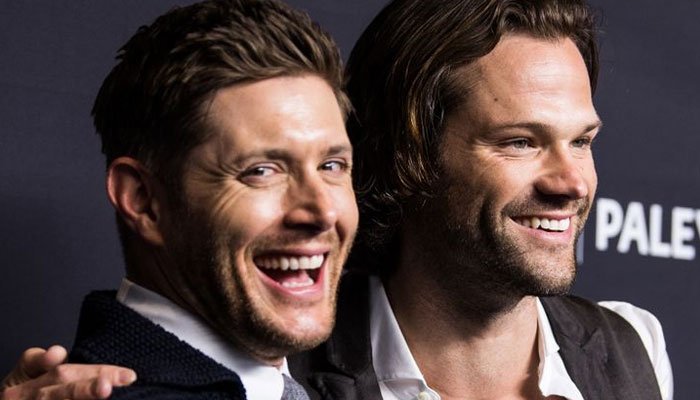 The pair played the iconic Winchester brothers in the monster-hunting drama since 2005 and have been to hell and back and everywhere in between with their characters – sometimes literally. With 327 episodes over Supernatural’s fifteen-season run, it’s no surprise the actors have both listed a few favorites over the years.

Part of Supernatural’s charm was the ability to run the gamut from absurdly comedic to heart-wrenchingly dark. Some Supernatural episodes pushed outside of reality (and the fourth wall) and explored in ways other shows never could; one episode even turned the Winchesters into Scooby-Doo characters. Both Jared and Jensen are beginning to expand into new roles, with the former now playing the title role in the Walker reboot, while Jensen will appear in season 3 of The Boys as Soldier Boy.

Jared Padalecki played Sam Winchester, the younger of the two brothers with a nerdy streak who was frequently the voice of reason between the duo. In an interview with EW, Jared revealed his favorite episode is season 6, episode 15 “The French Mistake.”

This comedic outing is regarded as one of the best of Supernatural, showing what would happen if Sam and Dean stepped into the real world. It also gave the stars a chance to poke fun at themselves and let loose while filming, something that can be appreciated in a typically serious series. Jared even had a chance to film alongside his wife – Genevive Padalecki, who played Ruby – which surely influenced his preference for the episode.

Jensen Ackles played Dean Winchester, the charismatic older brother with a protective streak a mile wide. For his favorite episode, Jensen went for a more heart-wrenching episode with season 7 episode 10, “Death’s Door,” which follows the boys’ surrogate father, Bobby Singer, in his final (living) hours. The Winchesters’ connection with Bobby was an integral part of their journey, and much of their growth can be linked back to him. The episode also links to the overarching theme in Supernatural that family is determined by more than blood. With this in mind, it’s no surprise the episode was one of Ackles’ favorites.

Recently, Jared has revised his opinion and said his favorite episode is now season 15 episode 20, “Carry On,” the series finale. Though viewers had conflicting feelings towards the finale, it was a sentimental wrap-up to a show that had been a major part of the actor’s life for fifteen seasons; whether or not it was objectively the best, the episode carries sentimental significance. Jensen has also said season 11 episode “Baby,” is another of his favorites.

“Baby” was one of Supernatural’s most creative episodes, as it told the story entirely from the Impala’s point of view. Both Jensen and Dean had a strong connection to the show’s 1967 black Chevrolet Impala, so much so that Jensen took one home after the show wrapped up. No matter which episode is their ultimate favorite, it’s clear to see the duo still holds a lot of love for Supernatural.

My name is Damyan Ivanov and i was born in 1998 in Varna, Bulgaria. Graduated high school in 2016 and since then i'm working on wordpress news websites.
Jared Padalecki, Jensen Ackles, Supernatural, TV Series