Nothing brings the US together like the Super Bowl, and last night’s (February 2) game was no different.

Breaking Bad stars Bryan Cranston and Aaron Paul were two of the many, many people to descend on Miami to watch the San Francisco 49ers and Kansas City Chiefs square off, and obviously fangirl over the halftime show performance from Shakira and Jennifer Lopez.

The actors shared a cute selfie outside of the Hard Rock Stadium, all the while promoting their mezcal brand Dos Hombres with their caps.

Both stars returned to the series for last year’s El Camino: A Breaking Bad Movie, which followed Jesse Pinkman in the aftermath of the show’s finale.

The movie was a big hit for Netflix, who revealed that over 27 million households watched the Breaking Bad epilogue in the first seven days of it going online.

However, the streaming service also revealed that a whopping 30 million people watched one of Adam Sandler’s new movies within that same timeframe, so…
While the Breaking Bad movie has (obviously) been a hit for Netflix so far, Paul recently revealed that he has “no idea” if fans will ever see the character again. 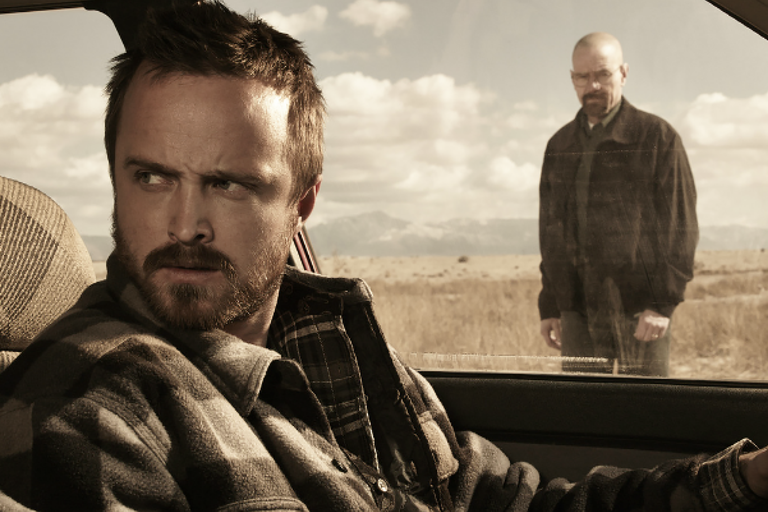 “I thought I said goodbye to this guy so many years ago,” he said. “It’s up to Vince [Gilligan, Breaking Bad creator].

“You know, Vince and I definitely plan on working together many times in the future and if it’s Breaking Bad-related then great, if not then so be it. If he wants to dive deep into this again then I’m all for it.”