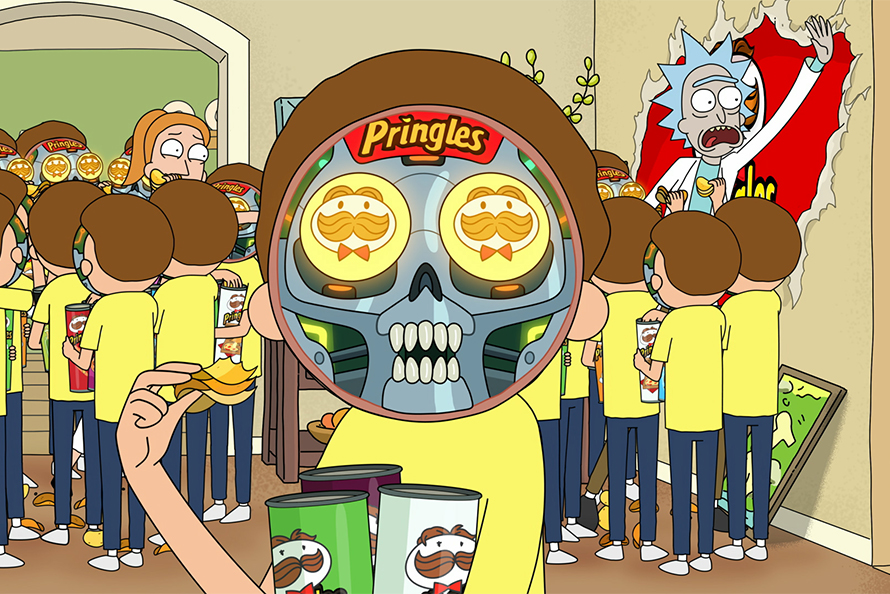 During Super Bowl 2020, we saw a bunch of different advertisements, but one that caught many Rick and Morty fans’ eyes was the Pringles ad.

Soon you will know what Pickle Rick tastes like. @Pringles #ad pic.twitter.com/IC7Bxg3AUU

The Pringles ad that was shown at the big game was from a few days ago and showed a bunch of robotic Morty’s chanting a Pringle’s mantra. It also showed Rick breaking the forth-wall and realizing that he was in a Pringles commercial. He says that he and Summer must have been taken over while they were sleeping.

Now, the official Rick and Morty Twitter account have released a short video showcasing that the new Rick and Morty ‘Pickle Rick’ flavor will be ready “soon”. The video depicts a production line of hundreds of ‘Pickle Rick’ flavored Pringles. At the moment, it’s still unknown how this new flavor is going to taste, and while pickle-flavored Pringles don’t sound fantastic, I’m still excited to give them a shot!

If the Rick and Morty commercial wasn’t your favorite, we’re fired.