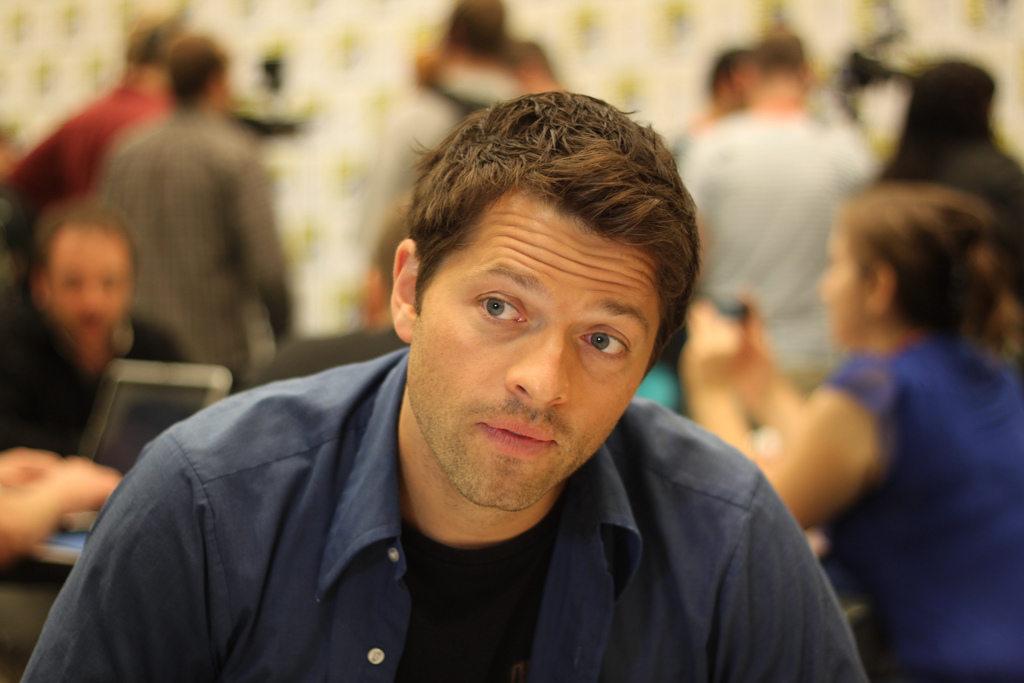 As production continues on the fifteenth and final season of Supernatural, rumors have surfaced online that longtime co-stars Jared Padalecki and Misha Collins do not get along behind-the-scenes.

Discarding the rumors as the product of “conspiracy theorists,” Collins debunked the claims on Twitter while posting cheekily a brief, blurred video of the two performers kissing between long-running paranormal series filming scenes.

Rumors of the two actors not getting along on set began after Collins failed to specifically thank Padalecki during a recent benefit concert held in between filming episodes for The CW series’ final season. Padalecki later appeared on-stage, surprising the rest of the assembled performers for an impromptu arrival after Collins’ time on stage.