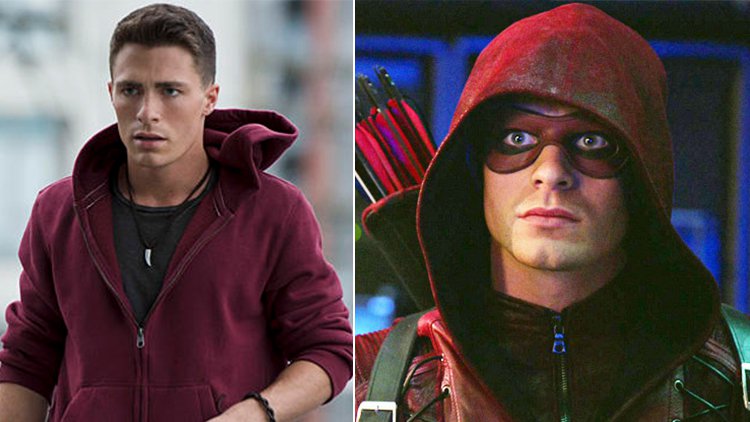 Is it possible Thea (Willa Holland) and Roy (Colton Haynes) could get a happily ever after — or for fans to at least get closure on-screen for their relationship?

Though it was previously announced Haynes would not be returning for Arrow Season 8 as a series regular, he will be recurring in the final episodes, Entertainment Weekly reports. “We couldn’t have ended the show without having him back,” showrunner Beth Schwartz said.

Roy was part of the present and future storylines in Season 7, and in the future, he’d exiled himself to Lian Yu, presumably due to the bloodlust he suffered from after being put in a Lazarus Pit. We saw his rage in both times, but it was never revealed if that was why William (Ben Lewis) found him on the island in 2040. With Roy coming back, hopefully now we will. And with Holland also recurring in the final season, we may find out what becomes of their characters’ relationship. We have yet to learn what happens to Thea in the future — she wasn’t seen or even mentioned in Season 7 — but we’ll have to wait and see if she shows up in 2040.

“I didn’t exit the last season of Arrow,” Haynes wrote on Twitter in August. “I was not asked to come back for the final season as a series regular. But y’all know Roy … he’s never gone for too long.”

We’ll have to wait and see what role he plays and in which timelines — and perhaps other versions of Roy, considering the “Crisis” coming — in the final season.