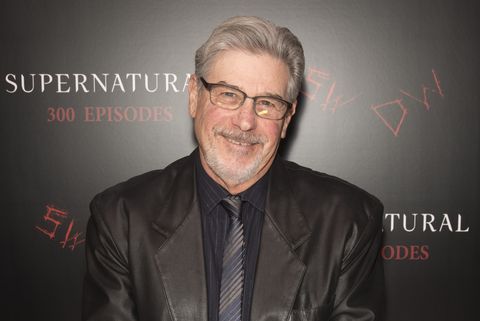 ATTENTION! THIS ARTICLE MAY CONTAIN SPOILERS!! After 15 seasons and countless monsters, Sam (Jared Padalecki) and Dean Winchester (Jensen Ackles) are preparing for, well, we’re not really sure. Supernatural’s penultimate episode featured their big showdown with Chuck (Rob Benedict), which resulted in Jack (Alexander Calvert) becoming the new God, and the brothers finally getting the chance to write their own story. Now the question is: What will the series finale look like?

“It was a lot of responsibility to make it as good an episode as it could possibly be,” says co-showrunner Robert Singer, who also directed the final hour. “I think [co-showrunner] Andrew [Dabb] had written a really good script. It’s a very emotional episode. It’s a personal story, really, about the boys. The season myth really ends at [episode] 19 and this is a bit of a coda to that. It’s really an actors’ episode. The guys are great in it.”

Singer goes on to say that, unlike many Supernatural episodes in the past, he didn’t have to worry much about special effects in the finale, though he did note that there’s one big stunt scene. “It was really the words on the page that were important in this one and I wanted to do them justice and felt a tremendous responsibility knowing it was the absolute last one. Everybody stepped up to the plate; I’m very happy with the episode. I hope the fans will respond to it. We wanted to give the show a real end, not do something that was enigmatic like The Sopranos, but really bring the show to a conclusion. I think we did that.”