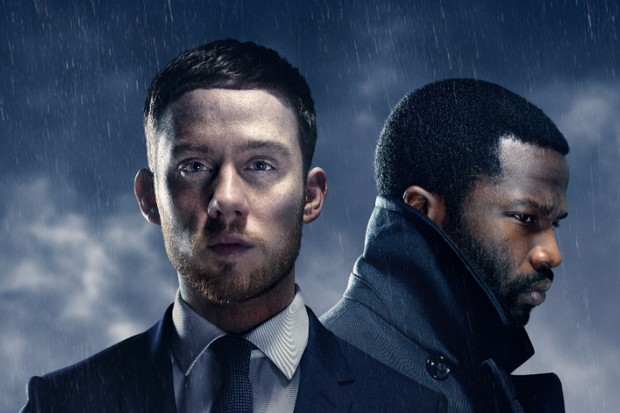 The first season of crime drama Gangs of London arrived all at once on Sky Atlantic and Cinemax with a bang. Allegiances were formed and broken, the body count was high, and those who did survive until the final episode were left in limbo. Gangs of London series 2 has yet to be officially announced, though it seems like a definite possibility given the buzz around series one – THR reports that talks are in progress after the show became Sky Atlantic’s most binged of the year, and second biggest original drama launch ever, after Fortitude.

All three directors – Gareth Evans, who’s also the co-creator of the show, Corin Hardy, and Xavier Gens – have expressed an appetite to return. So what would they like to see Gangs of London season 2 cover? We chatted to all three to find out.

“I think there are lots of loose ends in that final episode that are there to be explored,” Gareth Evans tells us.

Shannon and Elliot
The central romantic relationship in season one is between undercover cop Elliot (Sope Dirisu) and daughter of Ed Dumani, Shannon (Pippa Bennett-Warner). It’s a dangerous relationship which is the main motivation behind Elliots actions in episode nine – namely his decision to shoot Sean Wallace (Joe Cole) in order to guarantee protection for Shannon and her son Danny.

“Our main focus was the shift in Elliot, who is obviously an undercover cop who then makes a decision to kill a person in cold blood. No matter who they are, that takes you away from being an undercover cop in the true sense of the word,” says Evans.

“His whole life has been turned upside down. His relationship with Shannon was something that was obviously very important to us. That was the heart of the show. It was this idea of to what extent you would go to in order to protect the relationship that for him is built on a need and on an element of truth,” Evans explains.

By the end of season one Shannon is aware of Elliot’s deception but his former handler Vicky Chung (Jing Lusi) tells her he has gone rogue. Vicky tries to recruit Shannon but underestimates the situation and shoot her – Shannon has generally stayed away from the violence of the show but this twist indicates she could be an important, and unpredictable, force in season two.

“That kind of betrayal is gold dust for actors to be able to play out those drama beats. I think the conflict between those two would be interesting. I think they had such an incredible amount of chemistry between them in those early episodes,” says Evans.

“There’s a lot there to be done with them as characters and especially Alex [Paapa Essiedu] will know more about Elliot now. He will understand a bit more about what Elliott has been doing the entire time. Who knows what goes on there with those relationships. And what can Elliott bring to the table now as somebody who has potentially gone rogue?”

Luan and Mosi
Mosi (Richard Pepple) is dead after Luan (Orli Shuka) took him and his gang on in pure fear and rage. At the end of the season Luan has left town, but he plans to return. And surely this isn’t the last we’ve heard from the Nigerian gang…

“There’ll be repercussions of what Luan does to Mosi. It can’t just end there,” Evans says. “You don’t just get away with bumping off four people in a hotel room and then say, ‘Oh okay, we’re done.’ There’s going to be repercussions there. Yeah, I think there’s a lot of scope there, a lot of stuff that they can carry on and explore further.”

“I know it’s going to be quite violent and it’s going to be probably one of the most important storylines,” says Gens. “Or maybe Lale will act first? I don’t know. I’d be very happy to get Narges back. She’s so charismatic and such a good actress and she’s so determined in her character. I think what she’s doing in the show is fantastic. I’m pretty sure she can go even further in season two. “

Gens reckon we could see a new big baddie for season two.
“There will probably be new alliances as well and probably a new, big antagonist,” he says. “We need to create a new one because the body count of the first season is quite elevated!”

Gens also thinks Elliot’s story could be the key to the season – not least because he’s at the heart of many of the signature fights and action scenes.

“He has a hell of a journey during the show,” Gens says. “And I’m pretty sure in season two, he is going to go to the dark side. He was on the edge already in season one. Sope is really someone to look at, because what he’s doing in that show… he’s so precise, so tough. And when you see him fighting I was so impressed with what he is able to do.”

The Investors
Then there’s the big question of The Investors – the mysterious top dogs who have been pulling the strings the whole time. Though in the show we see only small glimpses of two of them, listed in the credits as Ms Kane and Mr Jacob there’s clearly more to be explored.

“We knew we didn’t want to meet them in terms of giving them all away or have a, ‘Sean goes off on a rampage against these investors’ because they are like these untouchable, invisible people. They could certainly play an interesting part of what comes next,” says Corin Hardy, who directed episodes two – four as well as the finale, episode nine.

“They’re the next tier up from Jevan [Ray Panthaki], effectively,” Hardy says. “Jevan, you come to realize, is the conduit between the Dumanis and the Wallaces and the investors. Ms Kane and Mr Jacob are the next tier up. We were conscious we didn’t want to suddenly introduce some super action-packed investors. They’re people who are quite peculiar. They’re so powerful. They can meet you and pull you into the car and have a few words and that’s all they need to say.”

Marian and Floriana
Then there’s the burgeoning relationship between Floriana (Arta Dobroshi), Finn’s mistress and Marian (Michelle Fairley), Finn’s wife, who come together in the epilogue of the finale and together could prove a very powerful force in season two.

Finn had been planning to run away to a private island with Floriana and had set up an automatic transfer to steal Mosi and Luan’s money – money which Floriana now very likely has access too. Marian found out about Floriana after Finn’s death and she was mad as hell, but now she’s been shot and left for dead by Ed, things have changed for Marian. Its risky for Floriana to approach Marian, “because probably the most terrifying thing in this show isn’t the violence, it’s Marian Wallace’s withering gaze,” Hardy laughs.

“We figured Floriana, what are her options? She can just run, but she’s likely to be tracked down. So she actually chooses to go to the one person who’s her biggest adversary and, in this sense, save her. It’s really interesting what could happen next.”

Though there are certainly plenty of avenues yet to pursue, the nine episode arc still feels like a complete journey in itself.

“The questions at the end of nine are all answerable, and they’re all interesting predicaments that can form new stories, as opposed to things that don’t make sense or not having enough payoff,” Hardy says. “We all love a good climax where characters that you didn’t think were going to meet their ends, suddenly do.”

If the show doesn’t get renewed it’s still a thrilling journey all on its own but here’s hoping we see more from the multiple factions still left alive.