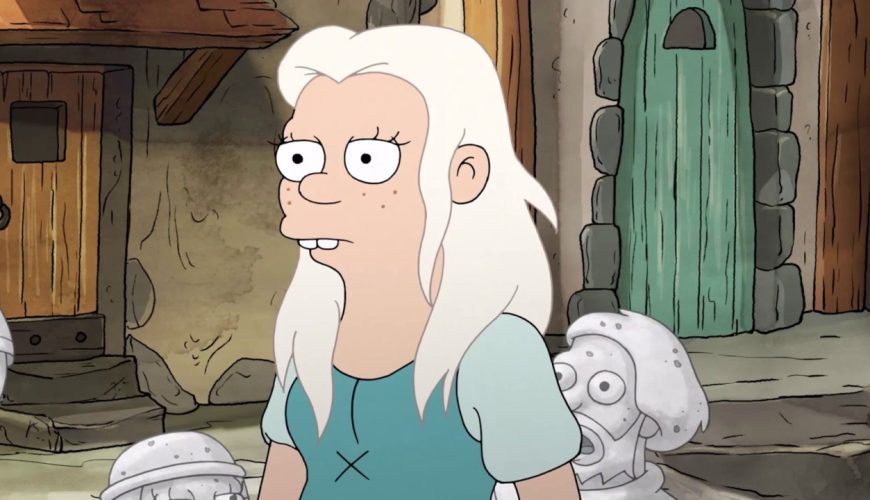 The Simpsons’ creator Matt Groening moved from Springfield to Netflix for his latest series, Disenchantment back in 2018.

While the series wasn’t initially a hit with critics, that hasn’t stopped the animated fantasy sitcom from slowly growing a cult following, and now it’s been renewed for part four.

With season three airing in January 2021, the clock is now ticking on when we’ll get the upcoming new episodes.

So what’s coming up for Princess Bean and her magical friends? Here’s everything you need to know.

Disenchantment season 2/part 4 release date: When can we expect it?

Unfortunately, as of January 2022, there is still no news of when season four of Disenchantment will be coming to Netflix.

Unless they drop it on us unexpectedly, it seems unlikely that we’ll be getting new episodes in January, with a mid-to-late February launch date seemingly the earliest we’ll get them.

But at least we’ve still got the first three seasons to tide us over.

Keep this page bookmarked, and we promise we’ll let you know as soon as we know anything.

In terms of how long it could run for, this is what co-developer Josh Weinstein had to say (via Assignment X): “We know the end. We know how we want the series to end. Obviously, everybody would be like, ‘I’d like to have 10 years,’ but I don’t know. I don’t want to be greedy. We could tell the story in five seasons, we could it in seven seasons. It just depends how long, but we want do want to have an ending, so I’d like something like Lost or whatever. It will be really satisfying, and we know what that ending will be.”

Bean (Abbi Jacobson), Luci (Eric Andre) and Elfo (Nat Faxon) are all confirmed to be back for the upcoming episodes.

Chatting to Showbiz Junkies about the star of the show, Princess Bean, Groening said: “She’s the most interesting character that we came up with for a long time because she had so many flaws and she’s still lovable.”

Speaking to Entertainment Weekly, Jacobson said: “I really like the fact that she’s an anti-stereotypical princess. It’s so not what a usual princess story is, not that there’s anything wrong with that. But it’s a really strong female character, which I’m obviously excited to play.”

Andre also speaks equally highly of his part (via Deadline): “It’s the role I was born to play. He’s an instigator. He’s the literal and figurative devil on her shoulder, and I am a demon from hell in real life. It’s awesome.”

Billy West and Maurice LaMarche will also be back as Sorcerio and Odval, along with a number of minor roles they also voice.

Hopefully we haven’t heard the last of Matt Berry as the fan-favourite pig Prince Merkimer either.

Disenchantment season 2/part 4: What will the plot be?

At the end of part three, things were… complicated, to say the least.

Bean has been made Queen of Dreamland, which isn’t as fun as it sounds. She seems set up to marry Alva Gunderson, in order to merge kingdoms with Steamland, but that looks like it’s ready to go south quickly. Mainly because her soon-to-be spouse looks like Alva, but probably isn’t.

Her father, Zog, has been committed after his behaviour took a stark turn following being buried alive.

Then there’s Elfo, who is being held captive by Ogres including Junior, after giving himself up for the good of the kingdom. Then there’s Luci, who was killed saving Bean, and is now in heaven and furious about it (but then again, so would you be if you were a demon. So much street cred lost.)

So in short, brace yourselves for plenty of action in the upcoming episodes.

Unlike previous shows created by Groening like Futurama or The Simpsons, Disenchanted will continue to explore a linear narrative that unfolds across each season. This differs from the show’s predecessors who opted for an episodic structure, with each story being wrapped up within an episode’s runtime.

Disenchanted isn’t all that different from these shows, though. Don’t be surprised if part four ends up including more references to Futurama or The Simpsons like this one in the season one finale.

After all, part two seemed to confirm that Disenchantment and Futurama are directly connected, so we’re pretty much guaranteed to see more Easter eggs pop up in future seasons.

Disenchantment season 2/part 4 trailer: Where can I watch it?

As is so often the rule with Netflix, if there’s no release date, there’s no trailer.

Usually, the streaming service drops a teaser around the time of the release date announcement, with a full trailer a month before the series airs.

So keep your fingers crossed and we’ll hopefully see what’s to come sooner rather than later.

Disenchantment is available to stream on Netflix.