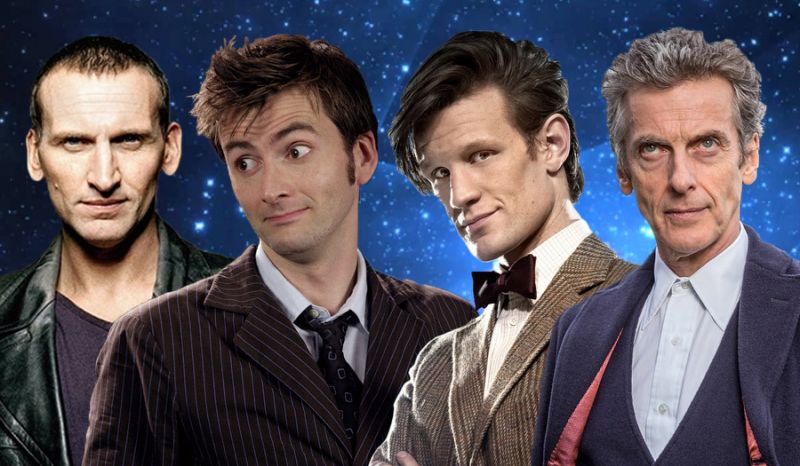 Doctor Who spoilers ahead .

Tosin Cole and Bradley Walsh have revelaed their departures from Doctor Who.

The duo, who play Graham O’Brien and his step-grandson Ryan Sinclair, will say goodbye to The Doctor (Jodie Whittaker) and their friend Yasmin Khan (Mandip Gill) in the New Year’s Day 2021 special ‘Revolution of the Daleks’.

Teasing the pair’s final episode, Bradley has said: “It is very, very dramatic. It is very sad. It is quite sad and poignant is the word. You can expect a lot of poignancy from the episode.”

Tosin called his last-ever Doctor Who scene “emotional”, though he admitted he was “looking forward to having a rest” from the show’s break-neck production schedule.

In their final story, The Doctor’s fam team up with Captain Jack Harkness (John Barrowman) to fend off a Dalek invasion, while The Doctor is locked away in an alien prison.

As Bradley and Tosin prepare for their Doctor Who swansong, both said that working with the incredible cast and crew was the most rewarding part of their time on the show.

“I have absolutely loved it, loved it,” The Chase presenter said. “Wales has become like a second home to me and being included in something so iconic and ground-breaking with the advent of having a female Doctor, that whole thing where [showrunner Chris] Chibnall sold that to me, it didn’t disappoint and I loved working with those guys.

“I love working with Chris Chibnall, that man is a genius but to also be working with Mandip and Tosin and of course Jodie is just extraordinary.”

Tosin agreed: “It’s been an honour to work on such a cultural institution with fans across the world. The people like me on the screen come and go, but it’s the people behind the scenes and the fans that will always be there keeping the Doctor Who world alive and exciting.”

Bradley admitted that he is going to miss “anything and everything” about Doctor Who, adding: “We are now in constant contact, texting, WhatsApping. I miss them all. I was texting the location guys across the airwaves. Happy days. Fantastic memories. Our times abroad, when we were in Spain, South Africa. I just loved it.”

Fans can rest assured that Jodie Whittaker is already signed up for the next Doctor Who series with Mandip Gill, having recently confirmed that she hasn’t “even looked at another role”.