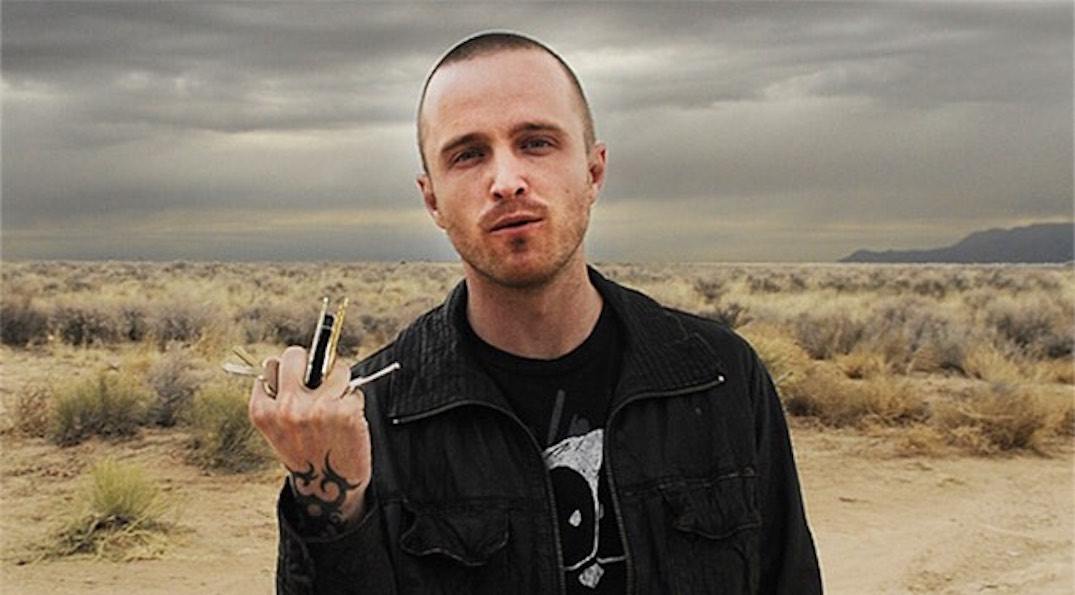 Breaking Bad has returned to our lives, and for fans who spent most of the original series’ runtime glued to their screens every week, it feels a lot like a family reunion. At least, if your family members include drug dealers, car choppers, burnouts, fixers, flippers, white supremacists, and Opie, dead-eyed pieces of you know what.

With El Camino: A Breaking Bad Movie, Vince Gilligan and his crew delivered what seemed impossible: an organic, entertaining extension of the hit TV show. Beginning seconds after the original series ended, El Camino follows Jesse Pinkman on a whirlwind journey to take back his life after spending months locked in a cage and cooking meth for neo-Nazis.

If you haven’t had a chance to watch El Camino on Netflix yet, make a U-turn and queue it up. If you have seen it, carry on as we dissect the ending and figure out what it all meant. Major spoilers ahead!

No more running for Jesse Pinkman

It’s no exaggeration to say that Jesse Pinkman went through a lot during the original series. He was chained up, extorted, held hostage by a fly, and beaten within an inch of his life, and to top it all off, he was present while two of his girlfriends died. But Jesse’s major theme throughout the show was that this was a guy who was on the run. Sometimes that was literal, sometimes more figurative, as he ran from the choices he regretted in life.

Think about the first and last times we ever laid eyes on Jesse in Breaking Bad. Our first glimpse of him, he was running from the cops. Our last, he was speeding into the night, running away from the neo-Nazi compound. He’s framed by the chase from beginning to end.

And in El Camino, Jesse spends a good chunk of time running, as well. He’s basically public enemy number one, as we see when a caravan of police cars screams onto the scene at the first sniff of Jesse’s whereabouts. By the end of it all, he finally finds a place to stop running, and maybe, just maybe, finds a little peace.

Breaking Bad’s body count is ridiculously high, and many of those corpses were added to the pile by Walter White himself. For his part, Jesse Pinkman has surprisingly little blood on his hands. Over the course of five seasons, he only directly caused the deaths of three people: cartel enforcer Joaquin Salamanca, naive coffee lover Gale Boetticher, and closet psychopath Todd Alquist.

But for all that, Jesse is no killer. Every past death weighs on him. In El Camino, he’d rather get arrested than shoot a police officer, and he can’t even bring himself to shoot Todd after everything the guy put him through. But by the climactic showdown in the film, Jesse is ready to do whatever it takes for his freedom. It’s a darker edge to the absolution he wants, but it shows that he’s done being a prisoner or a pawn.

It’s possible that he doesn’t realize it right away, but the flashback with Jane suggests that he does come to an understanding about it. They talk about “going where the universe takes you,” and Jesse is on board with the philosophy until Jane brings him back down to Earth, saying, “I’ve gone where the universe takes you. It’s better to make those decisions for yourself.”

It’s no accident that the flashback occurs just before the final shot of Jesse driving away. He’s finally taken control of his life and made those decisions for himself.

Series showrunner Vince Gilligan has always been quick to shut down rumors involving Walter White’s death. He’s made it clear: The guy’s dead, y’all. But rumors are like cockroaches — by the time you see one, there’s already a nest in the walls, and it wasn’t long before more rumors scurried onto the internet suggesting that White would make a return in El Camino.

Well, he did, but there’s no messianic return to life here. It’s just a flashback to a conversation Jesse and Walt had in a New Mexico diner. It appears to take place just after the season two episode that saw them trapped in the desert, because the clothes match up with what they were wearing when Jesse dropped Walt off at the airport. It’s certainly far enough back that the bad blood between the two hasn’t yet begun to fester, and Walter still cares, or at least cares enough to pretend to care, about his young partner’s welfare.

The conversation is seemingly innocuous and most likely mainly serves as a way to get Bryan Cranston into the role for one last hurrah, but it also carries hints of Jesse’s new future. Walt urges him to think about the future, then says, “You’re really lucky, you know? You didn’t have to wait your whole life to do something special.”

It’s possible that Jesse is thinking back to that conversation because he’s finally doing something that he sees as special. Although Walter was clearly referring to things like making piles of money and becoming a respected drug kingpin, Jesse sees putting the sins of his life in the past as a more personal measure of what makes something special.

Before Jesse parts ways with Ed the Disappearer in Alaska, he pulls an envelope from his pocket and asks Ed to mail it for him as one last favor. Inside is a handwritten letter, and when Jesse drives away, we see that it’s addressed to Brock Cantillo, the son of his girlfriend Andrea, whom Todd shot.

In the first scene of the film, Mike Ehrmantraut tells Jesse that while he may be able to start fresh, the one thing he can never do is make things right. And maybe a letter from his mom’s boyfriend won’t change Brock’s life, but to Jesse, it’s important to try. He won’t bring back Brock’s mom with the letter, but assuming its something akin to a confession, or at least an explanation, it may at least bring a smidgen of closure to a tragedy which, in Brock’s eyes, came out of nowhere and had no apparent cause.

The folks behind Breaking Bad have often described how the clothing on the show is designed to clue viewers into a character’s mental state. Everyone from the costume designer to Vince Gilligan himself have weighed in on the importance of a character’s colors. As Gilligan told Vulture, “Color is important on Breaking Bad; we always try to think in terms of it. We always try to think of the color that a character is dressed in, in the sense that it represents on some level their state of mind.”

And that trend continues all the way to the end of El Camino. When Jesse steps out of the shower, he’s dressed himself in all black. He even gets a last-minute gift from Skinny Pete — a black beanie, completing the look. But when he drives off on his own in Alaska, he’s donned a white sweater. He still has a black jacket on, but the zipper is down despite the cold, which is probably a visual metaphor for his inner purity coming through to the surface. Or something. Look, all we know is that Vince Gilligan likes his clothes.

The wardrobe shift takes Jesse from a character with no small amount of inner turmoil into a man who’s driving a single road into a brighter, cleaner future. Even the flashback scene with Walt in the diner pays attention to this. Earlier in their partnership, Jesse was still clinging to the good inside him, with a white shirt and a white stripe running across his black hat. Conflicted, sure, but not yet giving in to anger, loss, and despair. It took Jesse awhile to find the right clothes again, but he’s finally leaving the darkness behind.

Jesse is all alone at the end of El Camino

There’s a bitterness to the ending of El Camino that’s hard to deny: Jesse is truly, completely alone. As he tells Ed, there’s nobody besides Brock that he wants to say goodbye to. When he treks into the wilds of Alaska, he does so with only memories of the people he once cared about.

That’s not to say that viewers weren’t warned that it would come to this. Prior to El Camino’s premiere, Aaron Paul tweeted a scene from season three of the series, along with the caption, “Cat’s out of the bag … and the bag is in the river. Here’s a moment from Breaking Bad to slowly prepare you all for what’s to come.”

In that scene, Jesse is at his emotional wits’ end and flat-out turns down Walter’s offer to make more money. Jesse tells him, with heartbreaking intensity, “I have never been more alone. I have nothing. No one. Alright? It’s all gone.”

Unfortunately, that hasn’t changed by the ending of El Camino. If anything, he’s even more alone than ever.

Breaking Bad loves coming full circle. In the explosive series finale, “Felina,” we watched Walter White leave the snowy climes of New Hampshire to return to his home before ultimately dying in a meth lab, the place that — to paraphrase his conversation with Skyler — gave him life.

Similarly, El Camino opens on a conversation between Jesse and Mike Ehrmantraut as they stand in front of an idyllic river, with the talk centered on Jesse’s desires to give up the meth business and leave town.

Jesse asks what Mike would do at his age, and the old man plants the idea of Alaska as the ideal getaway, a place to start fresh — the last frontier. Jump forward chronologically, and Jesse has clearly held onto the idea. In the fifth season episode “Confessions,” Jesse arranges to meet Ed the Disappearer and start a new life, telling Saul Goodman that he wants to start over again in Alaska.

After some blood is spilled and some wrongs are righted, Jesse finally gets his wish, with the final scene of El Camino leaving him driving a car with the very slogan “The Last Frontier” stamped into the license plate. Just before the title card cuts in, we see a hint of a smile pass over his lips. Whatever comes next for Jesse, he’ll be forging his own path through a brand new frontier.