Greg Berlanti and Jim Parsons are teaming for an LGBTQ-focused docuseries set up at HBO Max.

Titled Equal, the four-part project chronicles the landmark events and forgotten heroes of the LGBTQ+ movement. Each hourlong episode brings to life the stakes and deadlines of historical events that have not yet been given their due. The series will feature high-end re-enactments and never-before-seen footage and will capture the emotions of the times with messages just as relevant as today, according to HBO Max.

LGBTQ+ pioneers to be featured in the series include Harry Hay, the Daughters of Bilitis, Christine Jorgensen and Bayard Rustin. The fourth episode will chronicle the Stonewall Riots from start to finish as well as the first Pride event, held the year after Stonewall.

“In June, we commemorated the 50th anniversary of the Stonewall Riots, which shepherded in a new era for LGBTQ+ pride. While we know the story behind that fateful summer night, there’s a lot of fascinating, untold history of the patriots, artists, and thinkers who paved the way,” Jennifer O’Connell, executive vp nonfiction at HBO Max, said Wednesday in a statement. “It’s time to share their heroic tales, and we could not have more perfect partners in Jim Parsons, Greg Berlanti, Jon Jashni and Scout [Productions] to introduce our HBO Max audience to these historical trailblazers.”

“We are extremely proud to partner with these groundbreaking producers on a subject this important, at a time this critical,” said Darnell. “What a perfect project to launch Warner Horizon Unscripted Television’s new documentary series unit.”

Equal is Berlanti’s latest effort for HBO Max — and second with a castmember from The Big Bang Theory. It joins the Kaley Cuoco-fronted scripted drama The Flight Attendant on the TV side and a slate of four YA-focused feature films. HBO Max, which is set to launch in the spring, will be the exclusive (domestic) streaming home to the entire 12-season run of Big Bang Theory.

For Parsons, Equal becomes the actor’s latest producing project and joins Netflix’s shortform comedy Special and CBS’ Big Bang Theory prequel Young Sheldon. His next acting roles are two Ryan Murphy-produced Netflix projects: the TV movie The Boys in the Band (based on the Broadway show in which he starred) and the scripted series Hollywood.

All told, Equal is Berlanti’s 20th show in the works and first unscripted series. He currently has business at four of the five broadcast networks as well as the streamers DC Universe, HBO Max and Netflix.

How do The Padalecki family spent ‘National Parents’ Day’ [PHOTOS] 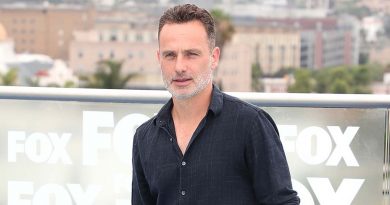 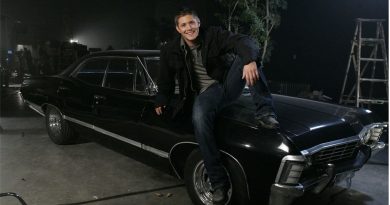