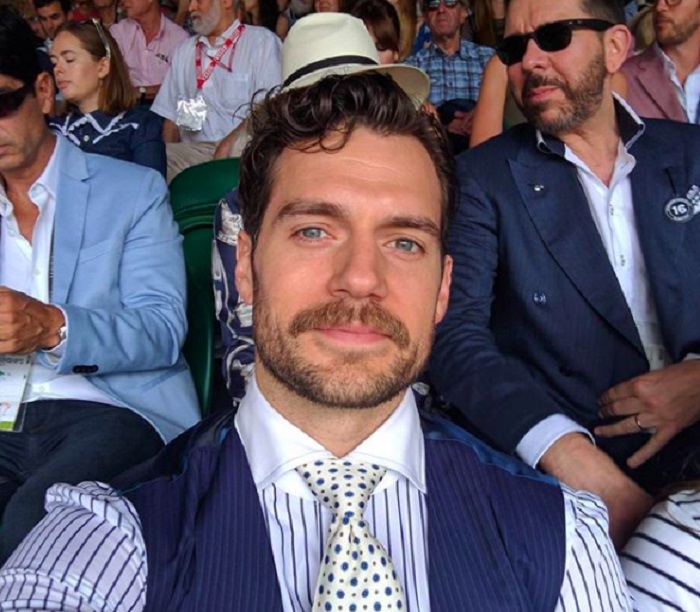 The British actor celebrates turning 38 today and the internet is collectively wishing him a great day. Cavill’s been in the business since the early 2000s, and after being turned down for a few major roles – including losing out on James Bond to Daniel Craig and Twilight‘s Edward Cullen to Robert Pattinson – he finally hit the big time when he became the DCEU’s Superman, starting with 2013’s Man of Steel.

Since then, Cavill has managed to follow up his turn as the Last Son of Krypton with roles in various other fan favorite franchises. He played one of Ethan Hunt’s most memorable nemeses, August Walker, in Mission: Impossible – Fallout, he showed up as Sherlock in Enola Holmes and he leads Netflix’s smash hit The Witcher as Geralt of Rivia.

Of course, he was most recently seen as the Big Blue Boy Scout in Zack Snyder’s Justice League, and down below you can see some of the messages that folks are sending his way online.

Happy birthday to the king.

That time he built a gaming PC = perfection.

A very Happy Birthday to Henry Cavill. Every character he plays is PERFECTION ♥️#HappyBirthdayHenryCavill pic.twitter.com/hLkEpcanYz

The man behind all these iconic characters.

Our Man of Steel.

Today we wish a Happy Birthday to Henry Cavill, our Geralt of Rivia! pic.twitter.com/fUfn6CSCAx

— Redanian Intelligence: The Witcher (@RedanianIntel) May 5, 2021

You will always be our #Superman
Happy Birthday Henry Cavill. #HenryCavillSuperman pic.twitter.com/OBjMF9emL7

And maybe the next James Bond?

#HenryCavill
Happy Birthday to THE man! Hopefully the next James Bond too! pic.twitter.com/XjeCuZQLDw

The Man of Steel

happy birthday to Henry Cavill, the man of steel pic.twitter.com/iarUbP9g0k

Cavill will next be seen in The Witcher season 2, which is expected to arrive on Netflix sometime later this year. DC fans are campaigning for him to come back as Superman as well, but there’s currently nothing official on that front. In fact, Warner Bros. is moving forward with a reboot of the Kryptonian produced by J.J. Abrams. Dwayne Johnson’s apparently got his back, though, and wants him involved in the Black Adam movies. Likewise, Enola Holmes 2 has yet to be 100% confirmed, but we’re pretty sure it’s on the way. In fact, Sherlock may even have a bigger role next time.