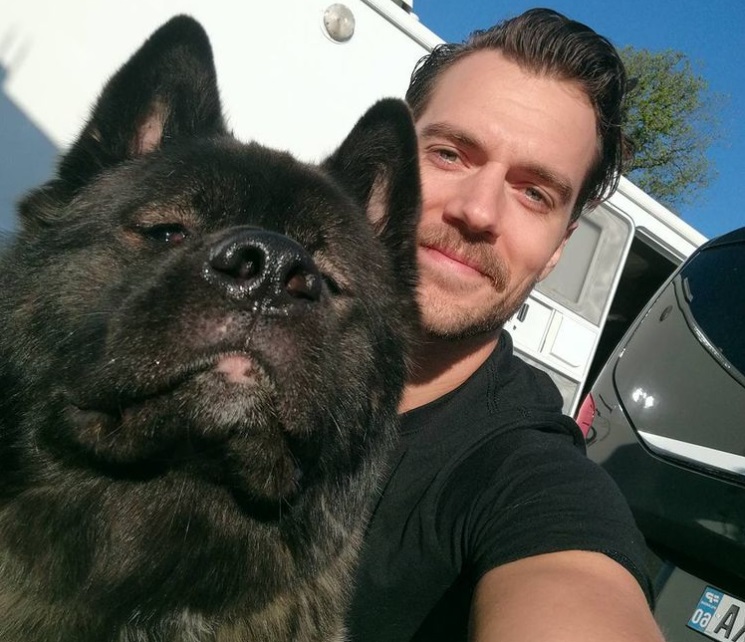 Henry Cavill aka Superman is known to be extremely close to his dog, Kal. Anyone who knows the actor probably knows his dog even better. From accompanying him for his press junkets to the sets of Netflix’s The Witcher, Kal is among Cavill’s absolute constants and their adorable bond is beyond cute. On Cavill’s Instagram too, you will several videos and pictures of his dog that are sure to make you a pet-friendly person even if you are not.

As Henry celebrates his 38th birthday today, let’s take a look at some of the cutest moments he has spent with Kal. Not long ago, Cavill also spoke about his dog in an interview with People where he mentioned how his dog was always on the sets of Witcher though he had to spend more time in the trailer considering he didn’t want Kal running in between scenes during the shoot.

While talking about accompanying him on set, the actor said, “Because when he [Kal] can see me, but he can’t get to me, he tends to start making a lot of noise.” Cavill has often called Kal his “best friend” in interviews and looking at his social media posts, we are definitely convinced about them being the closest buds.

You can find Henry Cavill’s cutest pictures with his dog Kal:

Cavill seemed to have the best company amid COVID-19 isolation as well given that his dog Kal was always around. The duo found entertaining things to do together including clicking some camouflage pictures of his dog and captioning it as, “isolation hide and seek.”

Back in 2019, Cavill’s dog had also suffered an injury following a wild chase with a curious cat that went horribly wrong. Henry then shared the whole story on Instagram and even showed his fans how he was taking care of his furry friend by having him seated in a royal chariot.

After seeing these adorable pictures, do you agree that Henry Cavill and Kal are the cutest BFFs?