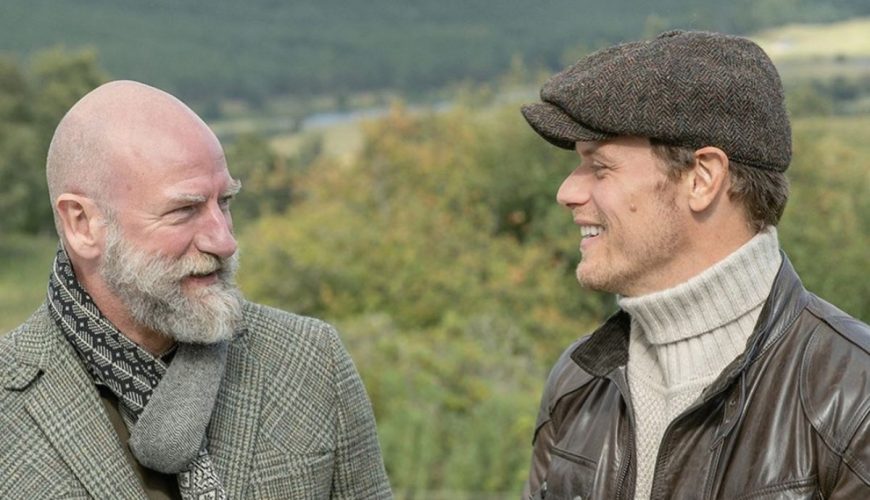 If you were ready to get your copy of Clanlands Almanac next week, there’s a bit of bad news. The release is a little later than initially expected.

While you’re all eagerly waiting for Go Tell the Bees That I Am Gone by Diana Gabaldon, there’s likely another book on your list to buy. Sam Heughan and Graham McTavish teamed up again to bring a second Clanlands book.

The initial release date was set for Tuesday, Nov. 9. At some point, that release date had to be pushed back.

Clanlands Almanac coming in time for Thanksgiving
There is a bit of good news. You will be able to get your hands on the book in time for Thanksgiving. Clanlands Almanac is heading to bookshelves on Tuesday, Nov. 23. Yes, this is the exact same date as Outlander Book 9. It could be a little bit of bad planning, but fans will get the chance to grab two books at the same time, giving us plenty of content to get through during this last bit of Droughtlander.

You can pre-order the new Clanlands book. The price has already started dropping, so this is a great time to get your pre-orders in. Remember that when you pre-order on Amazon, you get the price guarantee. It doesn’t matter how low the price goes or if it even goes up; you pay the lowest amount up to the release date.

If you already have your pre-orders from when the initial date was announced, they should still be good. You may have even got an email about the change to the date.

The Audible version will be released at the same time as the hardback and Kindle copies. The Audible copy is narrated by Heughan and McTavish, so it’s more than worth getting.

My name is Damyan Ivanov and i was born in 1998 in Varna, Bulgaria. Graduated high school in 2016 and since then i'm working on wordpress news websites.
Graham McTavish, Men in Kilts, outlander, Sam Heughan