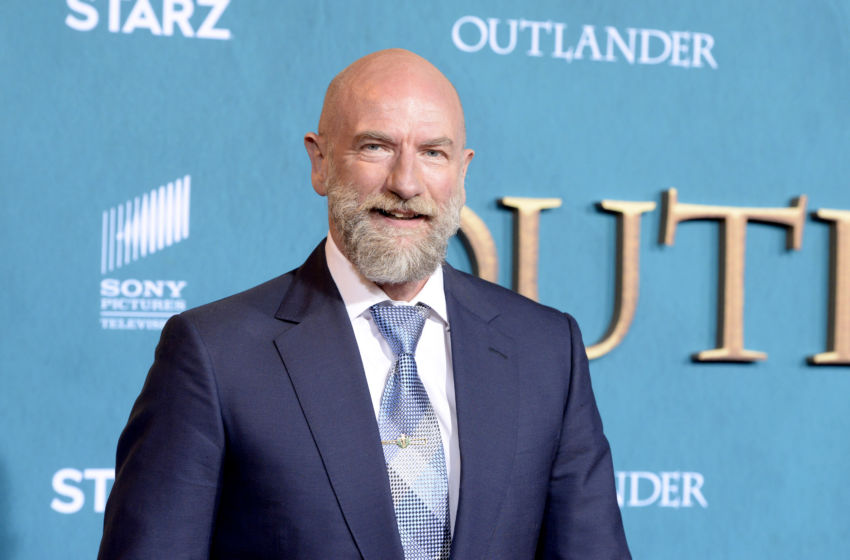 Graham McTavish, who is currently starring in the Game of Thrones prequel House of The Dragon, revealed he would love to come back to his role as Dougal.

Graham McTavish has remained tight lipped about his potential involvement in Outlander’s prequel Blood Of My Blood.

The 61-year-old actor, who played Dougal MacKenzie for two seasons in the hit show, hasn’t ruled out a potential role for him in the highly anticipated prequel. Sam Heughan, who plays Jamie Fraser, has already issued the disappointing news to his fans confirming he will not be starring in the show.

The prequel is set to follow the lives of Jamie’s parents, Ellen MacKenzie and Brian Fraser. McTavish, who is currently starring in the Game of Thrones prequel House of The Dragon, revealed he would love to come back to his role as Dougal.

Despite the fact Dougal met his demise in the second season of Outlander, McTavish returned to the role and made a cameo appearance as Buck MacKenzie, a descendant of his alter-ego the fifth season. In an interview with the Express, the Glasgow born actor was asked if he would be making an appearance in Blood Of My Blood.

However, giving nothing away, the Men in Kilts star replied: “Well, we will have to see.

“You would never get me to tell you anything about the interior world of Outlander, but all I can say is Dougal is one of my absolute favourite characters that I’ve ever played and if ever I got the opportunity to play him again, I would be absolutely delighted.”

Even if McTavish doesn’t reprise a role in the upcoming prequel, fans will have a lot to look forward to as current Outlander showrunner Matthew B. Roberts will helm the new project and help to write the scripts. It’s been confirmed by Deadline that Maril Davis will produce the prequel with Ronald D. Moore, while author Diana Gabaldon, who is currently writing the prequel, will be back once again as consulting producer.

President of Original Programming at Starz, Kathryn Busby told Deadline: “Outlander is a riveting show that from season to season has captured the hearts of its fans around the world. We are excited to peel back the layers of this vibrant world to bring our audience the origin of where it all began. Matthew, Maril, and Ronald will continue to bring their excellent vision and creativity to this new iteration, and we can’t wait to see what happens next.”