Here’s how Henry Cavill is spending his quarantine time

Henry Cavill always struck me as a very stiff, proper sort of fellow: The kind of guy who who would scold Jason Momoa for startling him while he was in the middle of a live interview. (Yes, I’ve used this reference previously, and I will note again that in fact that heavily-memed incident ended wonderfully.)

Cavill’s nerdy hobbies paint a different picture, however. His casting as Geralt in Netflix’s The Witcher proved to be an inspired stroke, because in reality he’s a big Witcher fan and so he really threw himself into the role. He’s also played Total War: Warhammer 2 six times, as six different races.

In a weekend Instagram post, Cavill revealed that his Warhammer fandom actually runs a lot deeper than just the videogames.

“One of my almost life long hobbies, that I’ve been following but not actively doing, is this. A company called Games Workshop… or plastic crack as ‘we’ call it,” he wrote in a post showcasing an Adeptus Custodes helmet he was painting. “Genuinely can’t get enough of the lore they have built over the decades. They have been some of my most enthused reads! If you were in denial about me being a geek before, you can’t hide from it now.”

Games Workshop is the company behind the Warhammer and Warhammer 40,000 brands, which cover a massive array of tabletop games, RPGs, novels, and of course videogames.

Things sure have changed since the original, lukewarm reaction to the news that Cavill had been cast as Geralt. The revelation that he’s a Games Workshop fan has led to calls for him to be cast as the Emperor of Mankind in a big-budget HBO series—especially since, as redditor idols2effigies pointed out, he’s walked among us, hidden, for years, he creates Custodes, and he’s a Superman.

Naturally, this has also happened. 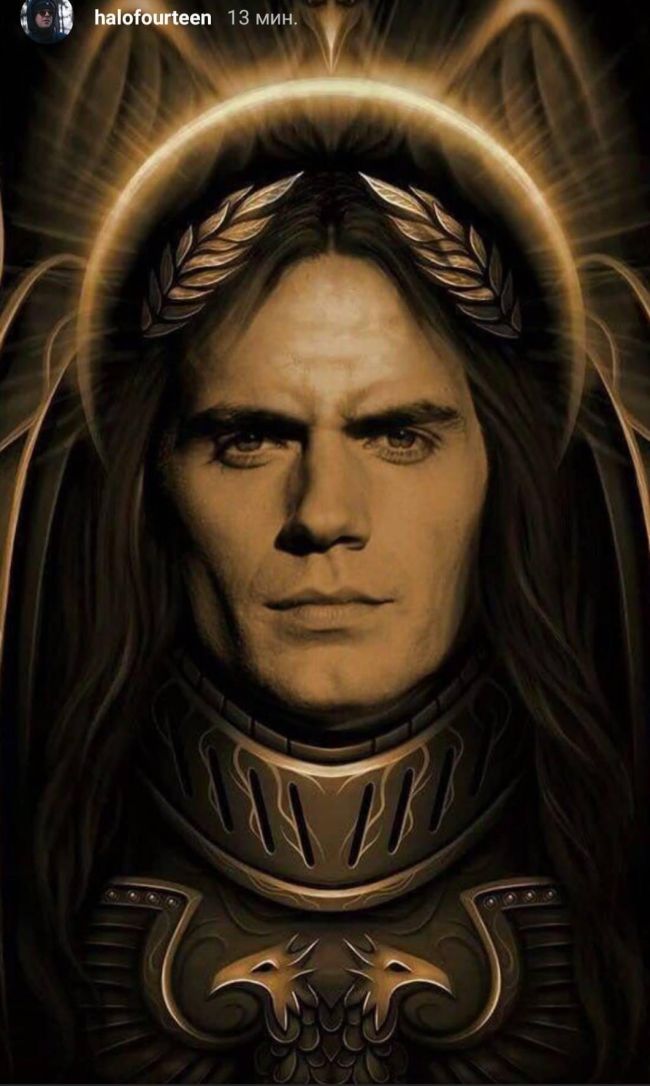 Cavill also thanked the National Health Service and healthcare workers around the world for their “unceasing efforts to protect us,” and teased some “completely new skills” he’s working on, visible in the background as what appears to be a script, novel, or something of the sort, although it’s far too blurry to make out. Probably, anyway: “All of your eye squinting and attempts at digital unfocusing will be in vain,” Cavill wrote. “Orrrr maybe they won’t.”

Unfortunately, Cavill didn’t say anything about when he might stop painting miniatures and get back to work on The Witcher. Season two of the big monster-hunting show was expected to debut in early 2021, but Netflix suspended production in March due to the coronavirus outbreak, and there’s still no word on when it could resume.